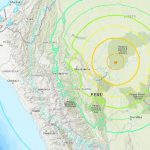 A magnitude 8.0 earthquake struck northern Peru early Sunday near copper and gold mines, prompting officials to activate emergency protocols. The quake hit at 2:41 a.m. local time, according to the European-Mediterranean Seismological Centre. The U.S. Geological Survey put the epicenter at 75 kilometers (47 miles) south-southeast of the village of Lagunas. Tremors were moderately felt in the capital of … Continue reading → 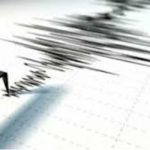 A 6.8 magnitude earthquake struck 55.3 miles west of Tarauaca, Brazil. The epicenter was registered to be 89 kilometers (55.3 miles) west of the Tarauaca municipality in the Acre state, at an estimated depth of 575.3 kilometers (357.5 miles), the United States Geological Survey (USGS) said. There have been no immediate reports on damage or casualties. According to the USGS, … Continue reading → 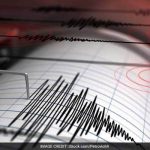 A 7.0 magnitude earthquake occurred off the coast of the southern Philippines on Saturday, according to the USGS (US Geological Survey). The quake shook Mindanao’s largest city, Davao, approximately 62 miles southeast of Pondaguitan, Philippines A tsunami threat was announced by the US’s Pacific Tsunami Warning Center for parts of the Pacific closer to the earthquake. “Hazardous tsunami waves from … Continue reading → 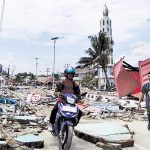 Sure some may have already noticed that it’s starting to seem as if there is some type of pattern since this is not the first time that this is happening here right around Christmas time. There are some that believe that not all tsunami’s are caused by earthquakes but rather a sudden shift in the Earth’s axis, though this did … Continue reading → 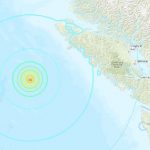 3 Earthquakes Hit Off Vancouver Island Measuring Between 6.5- and 6.8-magnitude 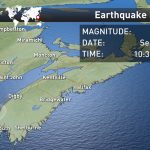 It’s strange how some earthquakes, even though small in magnitude create rumbling sounds and booms! via The Weather Network: A 3.1 magnitude earthquake shook parts of western Nova Scotia on Saturday morning. Earthquakes Canada reports that the quake occurred just off the coast in the area of Mavillette, N.S., near Meteghan, at 10:32 a.m. Tina Helprin, who lives in Saulnierville … Continue reading → 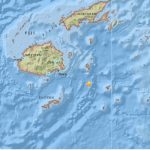 Deep 7.8-Magnitude Earthquake Occurred Off the Coast of Fiji

USGS reported a 7.8 quake off the coast of Fiji. This is one of the rare extremely deep earthquakes, it occurred at a depth of 608km! via Global News: A magnitude 7.8 earthquake hit 105 km east-southeast of Suva, Fiji, at a depth of 608 km, the U.S. Geological Survey said on Thursday. The measure was revised downward from an … Continue reading → 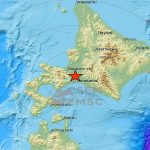 A powerful magnitude 6.7 earthquake struck southeast of Sapporo, Japan, at a depth of 66 kilometres, the U.S. Geological Survey (USGS) reported on Wednesday. The earthquake did not prompt a tsunami warning, according to the USGS. The monitoring body had initially reported the earthquake had a magnitude of 7 and later revised it to 6.7. Internet users reported a power … Continue reading → 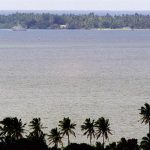 Tsunami waves as tall as a metre above the tide level were possible along the coasts Fiji, New Caledonia and Vanuatu following a powerful earthquake in the South Pacific, the Pacific Tsunami Warning Center said on Wednesday. The magnitude 7.1 undersea quake hit off New Caledonia about 03:50 GMT, and had already sent small waves radiating out towards the Loyalty … Continue reading →

6.3 Magnitude Quake Off Coast of Oregon Could be Warning Sign

A magnitude 6.3 earthquake struck off the coast of Oregon on Wednesday. The quake, which occurred 188 miles west of the town of Bandon is sparking fears that the Cascadia subduction zone will slip causing a major apocalyptic tsunami. The quake was recorded at a depth of about 10 km, according to the USGS website and there was no tsunami … Continue reading →