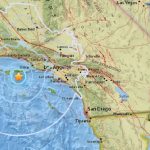 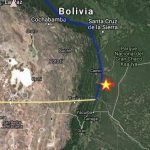 Southern Bolivia (South America) was hit by a powerful earthquake Monday morning, however initial reports suggests limited damage and no serious injuries or deaths. Buildings reportedly shook as far away as Sao Paulo, Brazil. via weather.com: The 6.8 magnitude tremor struck about 8 miles north-northeast of Carandayti, Bolivia, at 9:40 a.m. EDT Monday morning, according to the U.S. Geological Survey. … Continue reading → 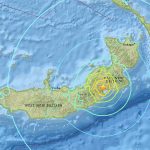 A month after a similar size quake hit, a magnitude 6.9 quake struck has off New Britain island. A magnitude 6.9 earthquake struck off the southern coast of Papua New Guinea’s New Britain island on Friday, the US Geological Survey (USGS) said. The Pacific Tsunami Warning Centre (PTWC) issued a threat warning for the country’s coastline located within 300 km … Continue reading → 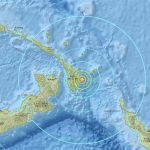 Initially reported as a 7.0 magnitude was downgraded (updated) to a 6.8. No tsunami warning, advisory, watch, or threat to nearby islands at present. The quake hit at around 3:40am local time at a depth of six miles (10km), according to the US Geographical Survey (USGS). No serious injuries were immediately reported following the quake event. Last week t least … Continue reading → 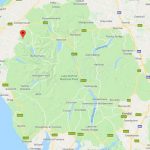 I found it strange that a quake of such low magnitude caused damage to some buildings, perhaps it was very old buildings…strange. via Independent UK: An earthquake has hit Cumbria, shaking the north of England. The tremor had a magnitude of 3.2, the British Geological Survey said. While that is relatively weak, it can be enough to cause some damage … Continue reading → 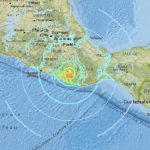 A powerful earthquake shook southern and central Mexico on Friday evening, causing people to stream out of buildings in the country’s capital, just five months after another quake flattened office towers and killed several hundred people. Crowds gathered on central Reforma Avenue in Mexico City as the ground shook beneath their feet. “It was awful,” said 57-year-old Mercedes Rojas Huerta, … Continue reading → 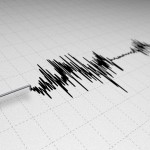 Many residents of Putnam and northern Westchester counties woke up with a bang this morning, and not because of the impending storm. A 2.2-magnitude earthquake was reported about three miles northwest of Mohegan Lake in Yorktown, according to the United States Geological Survey. The epicenter of the quake, which was reported at 6:14 a.m., was in Putnam Valley, according to … Continue reading → 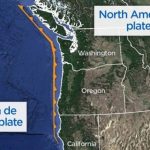 This is not limited to British Columbia Canada obviously, Washington and Oregon and even part of California would be affected. This article really portrays the horrible reality this would bring about if (more accurately, WHEN) this occurs. via GlobalNews: The threat of the “big one” hitting Western Canada has been looming for years. Experts say a powerful magnitude 9.0 earthquake … Continue reading → 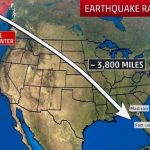 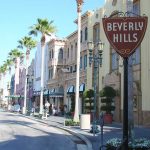 Geologists have discovered new fault lines in Southern California that could flatten some of the most luxurious retail stores and high-end real estate in Beverly Hills, Hollywood and other heavily populated areas of Los Angeles. Earlier this month, the California Geological Survey (CGS) released 14 maps that show the location of new and revised fault lines under Beverly Hills, Culver … Continue reading →