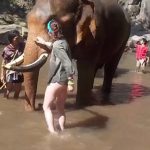 Elephant Gets Irritated at Girl Petting It, Trashes Her

During her holidays in Thailand, American student Whitney Lavaux got the shock of her life when she reached out to pet a bathing elephant. The animal bashed the girl with his trunk, throwing her several feet away. Luckily, the girl landed in the muddy waters unharmed and even got to become Internet-famous after the video had gone viral. IF YOU … Continue reading → 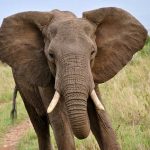 Elephant Picks up Tortilla Without Breaking it

Elephants can control how much force their trunks exert. (Headline Image Credit: CC BY-SA 2.0 Greg Willis) A new experiment has revealed just how gently the world’s largest land animal can pick things up. Despite being extremely big and heavy, the elephant is capable of manipulating objects with a significant degree of care and finesse thanks to the remarkable properties … Continue reading → 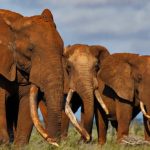 China will shut down its domestic ivory trade by the end of 2017, according to an announcement made today by the Chinese government. The announcement comes more than a year after China’s President Xi Jinping and United States President Barack Obama pledged to enact “nearly complete bans” on the import and export of ivory, an agreement Wildlife Watch reporter Rachael … Continue reading → 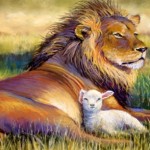