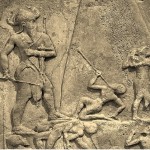 Who Are the Nephilim?

The mysterious beings of Genesis 6 The Nephilim, the product of the sons of god mingling with the daughters of Adam, the great Biblical giants, “the fallen ones,” the Rephaim, “the dead ones”—these descriptions are all applied to one group of characters found within the Hebrew Bible. Who are the Nephilim? From where do the “heroes of old, the men … Continue reading → 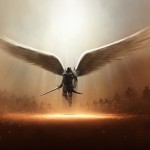 Via Ancient-code April 2016 The Nephilim and Fallen Angels were real according to countless ancient texts. The Nephilim were a race of giants who came to dominate before the Great Flood; these mysterious beings are referred to in ancient texts as Giants, descendants from the Fallen Angels. They were the product of illicit relations between fallen angels and human women … Continue reading →