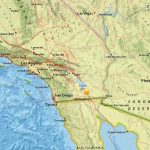 A swarm of more than 100 small earthquakes hit Brawley, a small city situated only 30 miles from the San Andreas Fault, on Saturday. The biggest tremor so far was a 3.9 magnitude, but USGS said larger quakes were possible and the shaking may continue for several days. Three days ago, Nevada was hit by a strong series of earthquakes. … Continue reading → 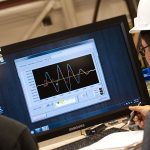 It was previously believed that “The Big One” could only occur in confined segments, and this new information is now being used by insurers to make some unnerving predictions. For years, the scientific consensus was that a statewide earthquake couldn’t occur in California. But a 2014 study by federal, state and academic researchers determined that a quake that begins at … Continue reading → 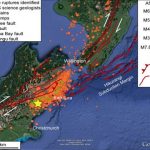 A devastating earthquake has hit New Zealand, but this unusual event, with long duration slip on several faults, will also provide an astounding data set for understanding a complex tectonic region. New Zealand was rocked by a magnitude 7.8 earthquake on Monday 14th November. This event had unusual aspects of slip distribution, duration, and kinematics, from which we will learn … Continue reading → 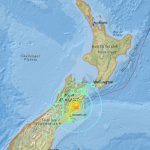 The magnitude-7.8 quake that rattled New Zealand, killing at least two people and stranding thousands of people, completely transformed the underlying faults in the region. Six major faults ruptured as a result of the New Zealand quake, a new map reveals. The Kaikoura earthquake struck the South Island of New Zealand early in the morning on Nov. 14 local time, … Continue reading → 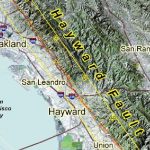 The most dangerous earthquake fault in the San Francisco Bay Area is connected to another, which means both could rupture simultaneously and unleash major devastation, a new study finds. The Hayward Fault has long been considered a threat because it runs under densely populated neighbourhoods east of San Francisco. The new work found that beneath San Pablo Bay, it joins … Continue reading → 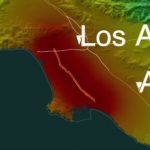 Researchers in southern California have discovered a new type of earthquake that can occur a lot deeper than expected – more than 24 km (15 miles) deep, in Earth’s upper mantle. This new type of earthquake can’t be detected by traditional seismic sensors, and has the potential to make quakes much more destructive than previously predicted. Until now, our understanding … Continue reading → 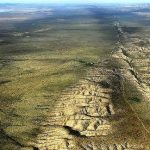 A swarm of nearly 200 small earthquakes that shook Southern California residents in the Salton Sea area last week raised concerns they might trigger a larger earthquake on the southern San Andreas Fault. At the same time, scientists from Scripps Institution of Oceanography at the University of California San Diego and the Nevada Seismological Laboratory at the University of Nevada, … Continue reading → 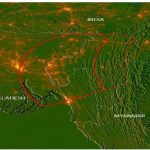 A massive fault could trigger a cataclysmic earthquake beneath Bangladesh, parts of east India and Myanmar, new research suggests. The hidden fault, which has been buried under miles of river sediment, could release an earthquake of magnitude 8.2 to 9.0 in one of the most densely populated regions of the world, the study found. And because researchers discovered the system … Continue reading → 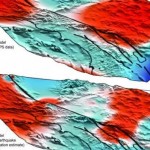 The top diagram shows the lobes of movement, uplift in red and subsidence in blue, found using GPS data, while the botom diagram shows the lobes predicted by an earthquake simulation model. Image by University of Hawaii, Manoa “We were able to break down the noisy signals to isolate a simple vertical motion pattern that curiously straddled the San Andreas … Continue reading →