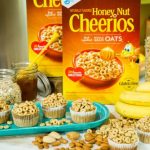 A new report by the Center for Environmental Health (CEH) found high levels of the toxic weed killer glyphosate in over 70 percent of the oat-based breakfast foods commonly served in K-12 schools across the U.S.. Glyphosate, the active ingredient in Monsanto’s Roundup, the world’s most widely used herbicide, is applied on farms that grow corn, soybeans, oats, and hundreds of other … Continue reading → 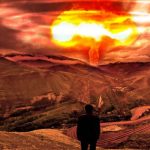 As Donald Trump and Kim Jong-un battle it out over the size of their nuclear buttons, attention is again turning to a common myth – that swallowing a simple pill will guard against radioactive fallout. Iodine tablets, widely considered to offer the antidote to nuclear apocalypse, are reportedly the subject of a surge of interest in the wake of the … Continue reading → 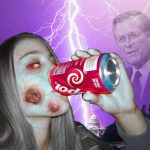 Aspartame Turns Into Formaldehyde and Methanol in the Body: Donald Rumsfeld Got it Legalized

Did you know that Aspartame literally turns into formaldehyde and methanol inside your body? It breaks down into, according to one paper, “phenylalanine (50%), aspartic acid (40%) and methanol (10%) during metabolism in the body. The excess of phenylalanine blocks the transport of important amino acids to the brain contributing to reduced levels of dopamine and serotonin.” Well put by … Continue reading → 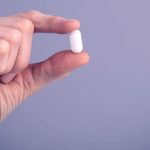 Revisited: The US Has Given Fast-Track Approval to a Surprising New Cancer Drug

Editor’s note: We carried an article a few days ago about this new drug developed in Australia: Australian Cancer Drug that ‘Melts’ Away’ Cancer Cells in Trials Approved for Use in U.S. Here is the latest developments via ScienceAlert A new cancer drug called Venetoclax is causing quite a stir in the medical community, with the announcement that the US … Continue reading → 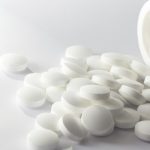 A NEW tablet that “melts away” certain blood cancer cells, and has seen one in five end-stage patients cancer-free, has been approved for use in the US. The announcement by the Food and Drug Administration that the drug venetoclax can be prescribed outside clinical trials for a subtype of chronic lymphocytic leukaemia (CLL), is a strong indicator that the drugs … Continue reading →