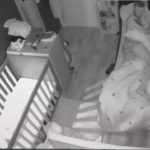 “…the mattress of the baby’s cot starts to undulate up and down, as though someone or something is pushing it up from underneath.” via unexplained-mysteries image credit: TikTok / @wrenmaem Unnerving footage of something moving next to a sleeping baby has been generating interest on TikTok. The clip, which shows a couple lying in bed next to their baby’s cot, … Continue reading → 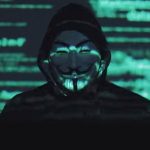 Spooky ghosts, grand conspiracies, strange missing person cases – we’ve all heard spooky stories that keep us awake at night. While some of these cases, such as the legends surrounding the Loch Ness Monster or the alleged sightings of Bigfoot, have become classics among modern horror stories, other mysteries that are no less strange are far less famous. We’re going … Continue reading → 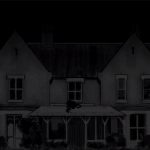 Infamous throughout the early 20th century, one house in England would become the scene of terrifying paranormal activity. Witnessed by hundreds of people over many years, we ask whether there was any truth to the alleged ghosts of Borley Rectory. Bedtime Stories Youtube IF YOU ENJOY THIS SITE PLEASE TELL OTHERS ABOUT US…SHARING IS CARING Start the discussion, leave a … Continue reading → 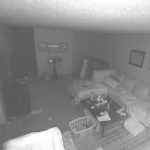 “”A woman died in our bedroom many years ago,” he said. “The neighbours say she was taken out by paramedics in her nightgown and in the video, you can see the figure is wearing a nightie.”” via Unexplained-Mysteries A couple who had been warned about ‘demonic entities’ in their home managed to record something unusual. When Joey and Amy Radke … Continue reading → 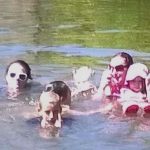 Main image caption/credit: The ‘ghost’ is visible at the back between the two adults. Image Credit: Facebook / Kim Davison via Unexplained-Mysteries: This innocent snap captured during a family day out to a popular swimming spot appears to show something unexpected. Back in 2014, Kim Davison, who hails from Queensland in Australia, had gone swimming with her friend Jessie Lu … Continue reading → 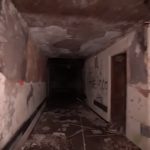 Top 10 Creepy Videos of Strange Things Caught on Camera that Should NOT Exist!

In this super scary top 10 list of creepy clips to weird you out, we take a look at strange things caught on camera that should not exist… Get ready to get scared of some strange incidents like ghost sightings haunting your house outside of a forest, strange unidentified creature sightings caught on camera in the woods, an unexplained creepy … Continue reading → 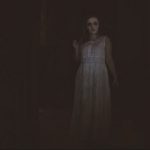 A lot of ghost photos can be easily debunked as photo manipulation or something as simple as double exposure. But not every ghost is extremely shy, and some creepy photos taken in known paranormal hot spots have captured images that cannot be explained. Top 5 Unknowns YouTube IF YOU ENJOY THIS SITE PLEASE TELL OTHERS ABOUT US…SHARING IS CARING Start … Continue reading → 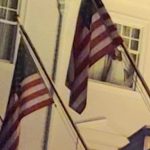 Is that a ghost in the window, or perhaps just a hotel visitor? via Unexplained-Mysteries Image Credit: Kim Kimberly / CBSN Denver A woman who had been on a ghost tour of the infamous hotel captured something unusual on camera. Kim Kimberly, who hails from Texas, had been on vacation at the hotel – famous for being the setting of … Continue reading → 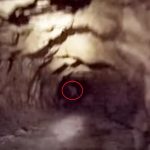 The TOP 5 scary videos of ghosts, creatures, and ANY scary thing caught on tape in a creepy tunnel, cave, or abandoned mine. In this top 5 list, we cover everything from a strange creature caught on video in a tunnel, to an urbex YouTuber whose trip exploring a haunted cave gets a little TOO paranormal, to an investigation at … Continue reading → 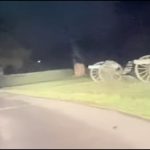 Footage has emerged that allegedly shows two ghostly figures at the site of the Battle of Gettysburg. If there’s one place in the United States that has become synonymous with ghost stories, it’s Gettysburg – the site of the largest and deadliest battle of the American Civil War. This most recent example comes courtesy of 46-year-old Greg Yuelling – a … Continue reading →