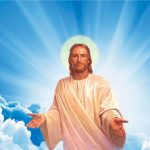 Could Jesus Have Been An Alien?

In January 2015 NASA discovered Kepler 438b, a planet 475 light years away and a similar size to Earth, orbiting a star similar to our sun, in the hypothetical ‘Goldilocks Zone’, the proposed optimal distance a planet needs to be from its star in order to harbour intelligent life. With NASA’s understanding that our galaxy likely contains billions of planets, … Continue reading → 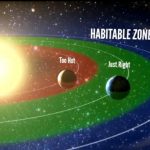