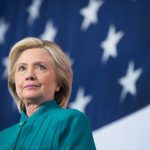 If Hillary Clinton brushed aside medical advice to rest after getting a diagnosis of mild pneumonia, she was risking developing a more serious case, medical experts said Monday. Pneumonia — which leads to infiltration of fluid into the lungs, leaving a patient short of breath and often feverish but still able to function — can become serious or even fatal … Continue reading → 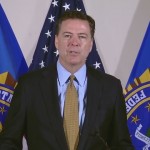 FBI Director James Comey said on July 5 that Hillary Clinton did send and receive classified emails during her time as secretary of state, but shouldn’t be charged with criminal misconduct. (Reuters) FBI Director James B. Comey said Tuesday that his agency will not recommend criminal charges against Hillary Clinton for her use of a private email server as secretary … Continue reading →

Most presidential candidates spend much of their time talking about policy issues, making campaign promises, or impugning their opponents. However in the current race both Donald Trump and Hillary Clinton have gone somewhat off-topic and into fringe beliefs including conspiracies. While Trump has outright endorsed several conspiracy theories—President Obama’s “fake” birth certificate being a prime example—Clinton has been more non-committal, … Continue reading → 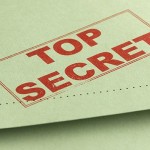 The UFO investigators are putting a lot of pressure on the governments to release all UFO confidential files. They believe that the world needs to know the truth about alien visitations. Hilary Clinton, the Democrat US presidential candidate, has already vowed to enforce full disclosure, and send a team into the mysterious top-secret Area 51 military base where some suspect … Continue reading → 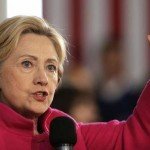 Hillary Clinton has told a US journalist that she would “get to the bottom” of UFO conspiracies and claims if she is elected the first female US President later this year. Speaking on a campaign stop in New Hampshire, Clinton told Daymond Steer of the Conway Daily Sun, “Yes, I’m going to get to the bottom of it,” when asked … Continue reading →