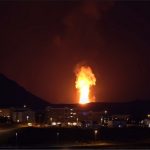 “I went to my balcony to film again after hearing there were really huge lava fountains spewing around midnight local time, and lo and behold I caught the 2 biggest ones, filmed around 2am Sunday, May 2nd. The footage is a little shaky because of strong wind.” Sigfús Steindórsson YouTube IF YOU ENJOY THIS SITE PLEASE TELL OTHERS ABOUT US…SHARING … Continue reading → 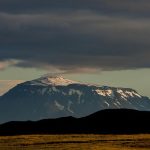 An eruption at Iceland’s biggest volcano could be brewing, an expert has warned. The 6,590ft Bardarbunga volcano, which is hidden under the ice cap of the Vatnajökull glacier, has been rocked by a series of quakes in recent days. Páll Einarsson, a geophysicist at the University of Iceland, says this shows that pressure in the volcanoes magma chamber is increasing. … Continue reading → 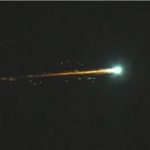 Meteor Fireball Seen By Many Shooting Across Iceland Night Sky

The earth-grazing fireball was observed in numerous places around Iceland and was prominent on social media. A strange light was visible in Iceland last night and lots of people posted photos and videos of it online, some speculating on what it could be. Astronomy experts confirm that it was a meteor. “Did anyone see that meteor above Reykjavik,” one Icelander … Continue reading → 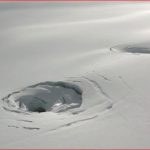 The largest glacier of Iceland is melting. Giant holes as large as 1,300 feet wide and caused by volcanic eruptions have opened up in Vatnajökull. Vatnajökull is the second largest glacier in Europe, covers 8 percent of Iceland and several volcanoes. In the last few years, the enhanced seismic activity has created several glacial floods in the area. Now, huge … Continue reading → 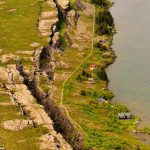 Tourists look like toys in these bird’s eye view photos which show an impressive split landscape where two lands meet. The dramatic terrain – the join between two tectonic plates – is popular with tourists who can explore the natural wonder on land and underwater. The splits in the land, which has many faults, valleys, volcanoes and hot springs, are … Continue reading → 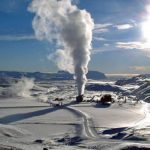 ‘Thor’ Drills to a Record 4.7km Beneath Iceland

Iceland gets a quarter of its energy through geothermal plants. A new experimental project is aiming to generate electricity by harnessing the power of volcanoes. Debuted back in August of last year, the rig, which is named after the Norse god of thunder, managed to reach a record-breaking depth of 4,659 meters within the space of six months. The project’s … Continue reading → 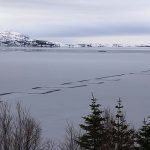 Incredible images of an unexplained and somewhat eerie zigzag pattern stretching for more than two kilometers (1.25 miles) on a frozen lake in Iceland has baffled locals, sparking theories on its source ranging from aliens to aquatic monsters. The bizarre markings on Lake Thingvallavatn in Thingvellir National Park were shared by the park’s Facebook page earlier this month. The post … Continue reading → 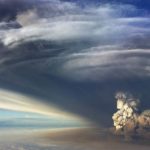 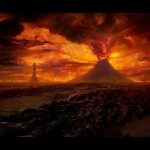 I’ve always been amazed that this event is not more widely talked about as it was only 230 years ago! Why would an earth changing event on this scale in such recent times be swept under the carpet, can you imagine the effect on today’s society? THE MYSTERIOUS KILLER HAZE THAT ENGULFED EUROPE AND NORTH AMERICA An event that caused … Continue reading → 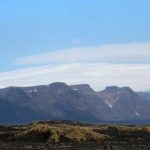 Two earthquakes of magnitude 3.2 occurred in the Katla caldera in Mýrdalsjökull glacier around 4:00 AM this morning. Ten smaller earthquakes followed. Katla is one of Iceland’s largest volcanoes, and with twenty eruptions being documented since the year 930, Katla remains on of the country’s most active volcanoes. Scientists keep a close eye on Katla Scientists at the University of … Continue reading →