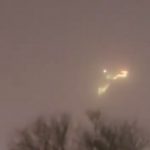 A video that was uploaded by ‘Latest UFO Sightings‘ shows a bizarre UFO that was filmed in the sky over Hadera, Israel on 31st March 2022. I wonder if the glowing parts we are seeing is the propulsion system at work keeping this unexplained craft/object afloat! LUFOS YouTube IF YOU ENJOY THIS SITE PLEASE TELL OTHERS ABOUT US…SHARING IS CARING … Continue reading → 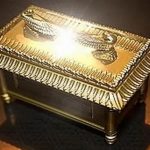 “The golden chest believed to have held the stone tablets on which the Ten Commandments were inscribed, the Ark remains one of the most sought-after and mystifying religious artifacts in history.” via Unexplained-Mysteries Image credit: Wikimedia Commons The Israeli spoon bender is no stranger to making ‘out there’ claims, as evidenced by this most recent example. The golden chest believed … Continue reading → 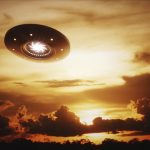 Aliens Asked Not to Be Revealed Says Former Head of Israel’s Space Program, ‘Humanity Not Ready’

David Israel via Jerusalem Post Prof. Haim Eshed served from 1981 to 2010 as the head of Israel’s security space program and over the years received the Israel Security Award three times, twice for confidential technological inventions. So if he went nuts, and this possibility is always open, it had to have happened over the past decade. And the reason … Continue reading → 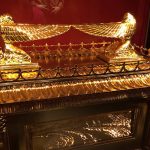 via sputniknews The leader of the archaeological excavation in question described their efforts to determine the site’s purpose and the time of its construction as a “fascinating intellectual adventure” and a “serious riddle to decipher”. The efforts of Israeli archaeologist Israel Finkelstein yielded an intriguing discovery at a hill in the vicinity of Jerusalem, which may possibly be related to … Continue reading → 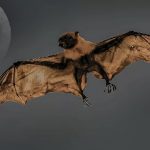 What’s killing these poor creatures, are 5G towers to blame, or are they also sick with the same virus we’re dealing with? Could this be a sign the end is near for the cancer of the earth that is humanity? via Sputniknews: Some studies earlier suggested that the new coronavirus had been caused by bats, and although this theory has … Continue reading → 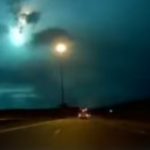 Windshield dashcam captures moment meteor streaks over Israeli highway. Arutz Sheva IF YOU ENJOY THIS SITE PLEASE TELL OTHERS ABOUT US…SHARING IS CARING Start the discussion, leave a comment below 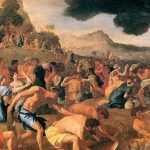 In response to a series of minor earthquakes felt across northern Israel over the past few days, Israeli Prime Minister Benjamin Netanyahu stated Monday that preparations were underway to reinforce the country’s infrastructure. According to news site Arutz Sheva, Netanyahu told government officials during a cabinet meeting this week that earthquake preparedness measures are currently being examined and any necessary … Continue reading → 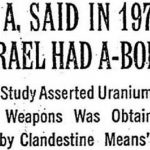 Newly released details link Israel’s highly enriched uranium to Pennsylvania plant The Central Intelligence Agency believed that by 1974 Israel could strike all of its bordering countries with nuclear-tipped two-stage Jericho missiles. Israel was viewed by the CIA as a proliferation threat via sales of turn-key nuclear weapons systems to its close allies such as apartheid South Africa. This was … Continue reading →