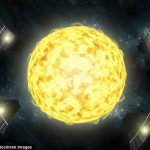 Here we go again. An international team of astronomers have spotted something mysterious blocking the light of a young star known as RIK-210, which lies roughly 472 light-years from Earth. Normally, when a star’s light dims, it’s a hint that something is orbiting it, such as a planet – but RIK-210 doesn’t have any of those things. And it’s one … Continue reading → 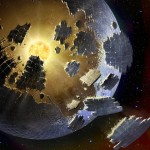 A star known by the unassuming name of KIC 8462852 in the constellation Cygnus has been raising eyebrows both in and outside of the scientific community for the past year. In 2015 a team of astronomers announced that the star underwent a series of very brief, non-periodic dimming events while it was being monitored by NASA’s Kepler space telescope, and … Continue reading → 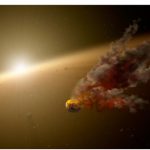 Last fall, a little-known star called KIC 8462852 became our planetary obsession when astronomers said that its erratic flickering could be the result of an alien megastructure. Further observation of Tabby’s Star yielded no signs of aliens, but the sudden dips in luminosity continue to defy explanation. Now, things just got a bit weirder. In an unpublished paper posted today … Continue reading →

Last year, scientists spotted something strange going on around a distant star. Now it turns out it’s been happening for decades, or even centuries, making it even harder to explain. There is a star, unimpressively named KIC 8462852, that sits 1,400 light-years away and seems to be relatively similar to our own sun. But whatever circles that star is so … Continue reading →