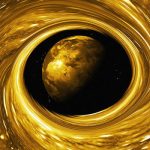 ONE way or another the huge Large Hadron Collider is going to “finish off the planet”, according to conspiracy theorists. They believe if the particle smasher does not create a black hole that swallows up our world, it will pull an asteroid towards us, trigger monster earthquakes, or open a portal to allow Satan in to finish his work. A … Continue reading → 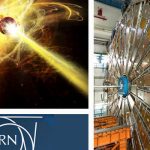 THE Large Hadron Collider “created a ‘time warp’ that sent a passenger jet thousands of miles off course” in the blink of an eye and caused a massive power black out, it has shockingly been claimed. The huge scientific experiment, which is used to collide particles to discover more about how the universe formed, opened a time portal meaning an … Continue reading → 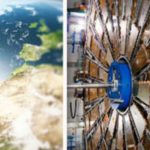 THE Large Hadron Collider (LCH) was shut down after causing a magnitude 7 earthquake which shook the whole planet, it has sensationally been claimed. Conspiracy theorists claim the huge scientific installation, triggered a magnitude seven earthquake in Vanuatu, in the south Pacific which was so strong it was described as “shaking the planet”. They claim the quake, in Norsup on … Continue reading → 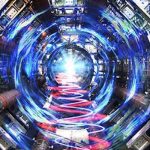 Europe’s Large Hadron Collider (LHC) smashes together sub-atomic particles at nearly the speed of light, an unprecedented experiment that has some of the leading voices in the world of science – and religion – sounding the alarm on the risks involved. CERN is perhaps most famous for its discovery in 2012 of the elusive Higgs Boson [named after British physicist … Continue reading → 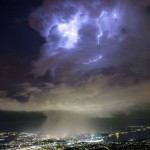 What Portal Did CERN Open Now? Strange Cloud Phenomenon Above the LHC

CERN is notorious for opening portals and then denying it; something very strange was captured in the clouds above the Large Hadron Collider just recently. NEW images of bizarre cloud formations above the CERN Large Hadron Collider (LHC) could be shock proof the world’s biggest experiment is about to tear open a portal to another dimension. Editors Addition: “This is … Continue reading →