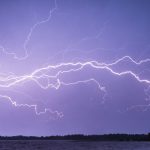 A bolt of lighting traveled the equivalent of the approx. distance between Boston and Washington DC. via unexplained-mysteries: Thunderstorms can be frightening at the best of times, but imagine a fork of lightning so extensive that it cuts across a distance of 700km in one go. Now according to the World Meteorological Organization, such a bolt from the blue – … Continue reading → 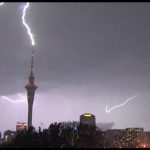 More than 700 lightning strikes lit up the stormy sky over Auckland during a violent thunderstorm yesterday evening. MetService duty forecaster Tuporo Marsters said the city was struck by 701 flashes and rocked by loud, rolling thunderclaps. The dangerous storm swept across the city at rush hour, grounding flights, flooding homes and shops, and leaving roads knee-deep in water. Spectacular … Continue reading → 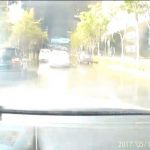 As seen in the headline image: A flash of white bright light appeared over Heping Road as the lightning struck on Thursday A dashcam footage has captured the terrifying moment a flash of lightning struck a busy road in China. The footage was filmed on May 11 during the rush hours in Liaoning province, Chinese media reported. Bright sparks were … Continue reading → 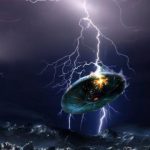 Video of Lightning Striking a UFO During Thunderstorm – France 2017

On the 16th of January 2017 a UFO was hit by a lightning strike during a heavy thunderstorm in a mountain valley in France. The moment the lightning bolt hits the object, a smoke trail is visible. After the impact the UFO stays on course for some time untill the propulsion stops and the object starts a crash dive behind … Continue reading →