Numerous people in and around Charleston, SC, reported on social media Monday a loud “boom” or the sound of an “explosion,” which some said shook their home or other building they were in for several seconds. The source of the boom and ensuing shaking is presently unknown. Many have speculated it was a possible earthquake, while some are suggesting it … Continue reading → 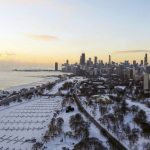 Loud Booms Heard in Chicago Area May Have Been Frost Quakes

Chicago residents on Jan. 30 reported hearing loud boom-like noises, but there were no earthquakes reported. WGN-TV reported that the booms might “have been cryoseisms, or frost quakes” amid subzero temperatures. According to the Maine Department of Agriculture, “A cryoseism, or frost quake, is a natural phenomenon that produces ground shaking and noises similar to an earthquake, but is caused … Continue reading → 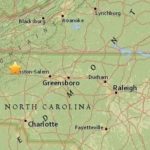 A small earthquake hit a county in the North Carolina mountains on Sunday evening, officials said. The 2.6 magnitude was in Wilkes County less than a mile from the town of Hays, the U.S. Geological Survey said. The earthquake was felt in Blowing Rock, about 40 miles away, officials said. The quake, which hit around 8 p.m., had a depth … Continue reading →

Did you hear it Wednesday? That loud boom. So loud in fact that people in northern Arkansas and south central Missouri heard it and were all asking the same question around noon Wednesday. What was that boom? “It was just a loud boom,” Richard Harrell said. “I thought it kind of sounded like a bomb,” Sadie Hutchinson added. “It felt … Continue reading →

A sonic boom from a plane? A stick of dynamite? Somebody blowing up old tree stumps? Something at the refinery? Blasting for a new logging road? Mount Baker getting ready to erupt? How about a UFO? Plenty of theories were floated on social media Monday night and Tuesday morning about the cause of a large boom that was heard from … Continue reading →

Mysterious explosions in upper Bucks County are leaving residents confused and frustrated. People in areas like Quakertown and Coopersburg say they’re being woken up by loud booms and some even say the blasts shake their homes. “It is quite loud,” says Donna Weaver of Quakertown. Weaver is one of many who hear loud booms in the middle of the night. … Continue reading →

Although the source of the loud boom that was felt and heard in and around Great Falls on Saturday afternoon has not yet been determined, we do know that is was not the result of an accidental detonation of a nuclear missile from Malmstrom Air Force Base. Hundreds of people reported hearing the loud boom in all areas of Great … Continue reading → 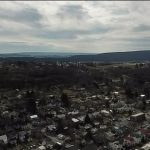 Sounds of the end times? via WNEP: If you live in or around Mifflinburg, you may have heard a very loud noise Sunday night. Many people in that part of Union County reported hearing a loud boom around 8 p.m. It only lasted for a second or two, but hundreds of people in Mifflinburg and surrounding areas heard it loud … Continue reading →

Did you hear a loud boom or feel a small tremor on Tuesday? Several WYTV viewers said they heard a loud noise, followed by shaking. The Youngstown area has had earthquakes in the past, but what happened on Tuesday could have been something completely different. Lowellville residents experienced it around 3 p.m., but there were reports of the same thing … Continue reading →