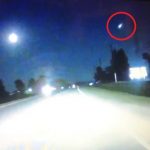 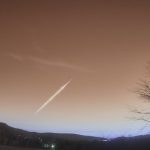 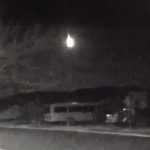 A meteorite which was seen in the skies above the south-west last night was spotted from as far away as Hamilton and Portland. Security camera footage of the bright light falling to earth was captured by Tracey Reid’s home CCTV in Horsham at 8.27pm, but it was seen and heard by people in Hamilton and Portland. Astronomical Society of Victoria … Continue reading → 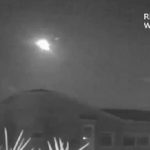 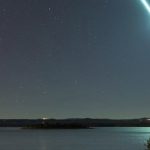 Mysterious Bangs, Flashes over NSW, Australia Was Likely a Meteor

Residents in northern NSW were a little shaken up on Sunday evening when a series of loud bangs was heard coming from the sky. “It sounded like a bomb dropping actually but there was a zooming sound and small sonic boom, I thought it was made by a fast military jet,” one person wrote on Facebook on the strange noises … Continue reading → 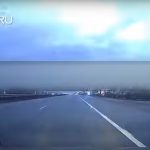 While social media users continued to debate the origins of the enigmatic flash, the head of a local amateur astronomy club said it might‘ve been caused by a meteor. A peculiar phenomenon left people living in Samara scratching their heads after a bright flash of unclear origin briefly illuminated various districts of the Russian city, followed by a loud clap … Continue reading → 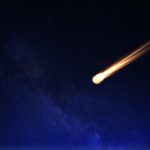 Any official admission yet that these events are increasing?! And come to think of it, this happened only about 2 weeks away from the Chelyabinsk anniversary (Feb. 15th). via RT: A meteor has rocked the skies of western Cuba, exploding mid-air, shattering windows and raining charred meteorite rocks on people’s homes. Before its spectacular demise, the space rock was seen … Continue reading → 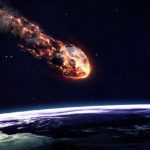 When a blazing fireball from space exploded over Earth on July 25, scientists captured the first-ever seismic recordings of a meteor impact on ice in Greenland. At approximately 8 p.m. local time on that day, residents of the town of Qaanaaq on Greenland’s northwestern coast reported seeing a bright light in the sky and feeling the ground shake as a meteor … Continue reading → 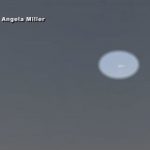 Many Iowans were lucky enough to have their eyes to the sky Sunday evening around 8:45. A fireball or bright meteor was seen streaking across the southern sky. Fireballs are meteors that burn much brighter than average meteors seen entering the earth’s atmosphere. This is typical because of their larger size, but there are other factors that may make them … Continue reading → 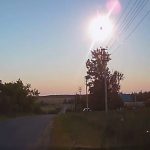 A very bright daylight fireball exploded over western Russia during the early morning hours of June 21, 2018. The event lasted several seconds before the object disintegrated in a bright flash. The meteor was seen from the cities of Kursk, Lipetsk, Voronezh and Orel. A sonic boom was associated with this event and reported by residents. The video below shows … Continue reading →