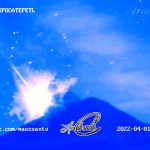 Impressive activity around the Mexican volcano seems to show meteorites and other unidentified objects recorded by webcamsdemexico. One of the objects appears to explode just above, near or perhaps impacts the volcano itself. You can see the precise moment when it impacts or explodes, could it be a meteorite or something else? Araceli Carrillo YouTube IF YOU ENJOY THIS SITE … Continue reading → 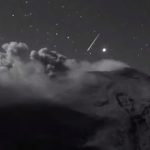 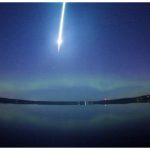 Residents across northeastern Mexico were stunned when a green-hued fireball lit up the night sky on Tuesday. Authorities reported that the fiery debris caused localised bushfires in the vicinity. Reports came flooding in from across the northern state of Nuevo Leon after the suspected meteorite streaked across the sky at approximately 22:14 local time on Tuesday night. Eyewitness and doorbell … Continue reading → 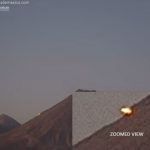 UFO Approaches Colima Volcano and Descends on the Hillside

UFOs recorded near volcanoes is not a new occurrence by any means and there have been recorded on volcano cams many times before. The Colima volcano in Mexico is no exception and in fact is a hotspot for UFO sightings. According to analysis of the video, a luminous object approached the Colima volcano, then the object changed course and descended … Continue reading → 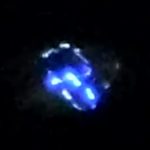 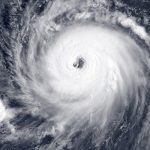 Are extraterrestrials controlling weather here on Earth and more specifically in parts of Mexico, or is there just some natural phenomena at play? via Unexplained-Mysteries: A group in the country’s north-east believes that aliens are helping to protect local cities from hurricanes. For the cities along Mexico’s Gulf coast, hurricane season brings with it an understandable sense of increased trepidation, … Continue reading → 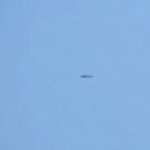 Cigar-Shaped UFO Spotted Hovering in the Sky over Tijuana, Mexico

On June 3, 2020 a cigar-shaped UFO was spotted in broad daylight while hovering in the sky over Tijuana in Mexico! “Every day I go out to see the sky for a few minutes and today I saw a dark spot on some hills and I ran through my camera and was able to zoom to see what it is … Continue reading → 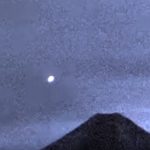 The Colima volcano in Mexico, located approximately 300 miles west of Mexico City is a well known hot spot for UFOs. There have been many video captures of UFO near or over volcanoes in the past. This is yet another instance, this UFO was picked up on December 31, 2019 by the webcam watching the Colima volcano. In the time-lapse … Continue reading → 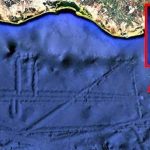 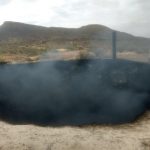 Mysterious burning crater baffles officials in Mexico – Another huge meteorite impact site say residents Mexico is used to huge craters. But on January 17, 2018, drivers using the Torreón – Saltillo highway were left baffled by a deep smoking hole in the ground that was burning from the inside… Yes the Earth was burning underground. So far, officials have … Continue reading →