Jim Kasuba News-Herald A mysterious boom shook, rattled and rolled many residents of Gibraltar early Thursday afternoon. The resonant sound was first mentioned by a resident who posted a comment on the Gibraltar Life Facebook group page, with numerous people saying they heard and felt it, as well. Several people said it sounded like thunder, but the sun was shining … Continue reading →

But was it tannerite? via Morning News Sun: Sometime after 6 p.m. Saturday, dozens of mid-Michigan residents took to social media to ask the question: Did anyone else hear that? A loud blast heard or felt from south of Shepherd to north of Clare and from Rosebush to Coleman was most likely caused by an exploding firearms target, Isabella County … Continue reading → 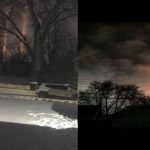 What Were these Rays of Light that Beamed Down to the Ground in Michigan?

At exactly the same time a meteor flashed through the sky in Michigan, the United States Geological Survey reported a 2.0 magnitude earthquake at 8:09 p.m. January 16, 2018. The mean stream media will have you to believe it was a meteor, but images taken at the moment of the “meteor” event showing something else what seems to be a … Continue reading → 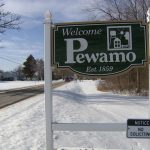 This happened on the same day that another unexplained boom occurred (in Tennessee) although the Tennessee event happened at a different time of the day (happened at night actually). via WOODTV: Most days, the Ionia County community of Pewamo is a about as peaceful as it gets. You may hear the rumble of the occasional semi-truck rolling through the village. … Continue reading → 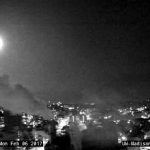 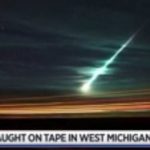 It’s is not something you expect to see on your drive home from work. As Andrew Gunneson drove south on U.S. 131 from M-57, his dash cam caught a quick flash in the night sky. It was a meteor falling on the horizon. What fell is technically a fireball, based on how bright it is, but it’s not clear where … Continue reading →