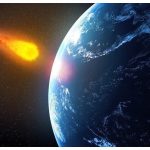 People using telescopes to stare at the night sky on December 20 or 26 might see a distant light traversing the heavens, but proclaiming it as a harbinger of a New Testament rerun would be unwise. The European Space Agency’s Near-Earth Object Coordination Centre advises that on neither night will the Star of Bethlehem be visible, but an asteroid very … Continue reading → 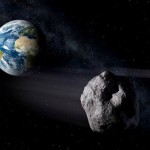 Two large asteroids will make extremely close passes of Earth over the next couple of days. While a number of asteroids – classed as Near Earth Objects (NEOs) – pass the Earth on a regular basis, these two will make an exceptionally close flyby. On Tuesday, an object dubbed 2019 MB4 will pass at just 315 000km from Earth, a … Continue reading → 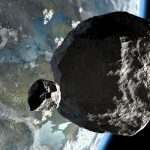 An asteroid up to 500 feet (160m) in diameter is set to hurtle close past Earth next week. The giant rock, known as 2016 NF23, is moving towards our corner of the solar system at around 20,000 miles an hour – faster than many rockets. It is on track to pass nearest to our planet on August 29, according to … Continue reading → 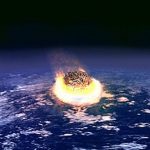 Everyone knows it was a large asteroid striking Earth that led to the demise of the dinosaurs. But how many near misses were there? Modern humans have been around for about 225,000 years, so we must have come close to death by asteroid more than once in our time. We would have had no clue. Of course, it’s the actual … Continue reading →