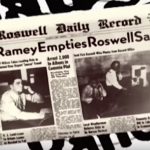 In 1947, an alien spaceship crashed onto a ranch outside Roswell, New Mexico. According to the government, it was a flying balloon… or was it? Quest TV YouTube IF YOU ENJOY THIS SITE PLEASE TELL OTHERS ABOUT US…SHARING IS CARING Start the discussion, leave a comment below 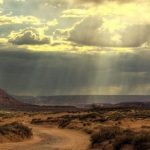 While it remains controversy as to what crashed near Roswell, New Mexico in 1947, it is now going to be an official tourist spot. via Unexplained-Mysteries: The site of the infamous 1947 UFO incident is being opened up to the public for tours next month. There are few events in UFO lore as hotly debated as the Roswell incident, an … Continue reading → 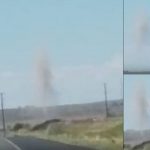 In my opinion just from a general perspective it doesn’t appear to be anything of an extraterrestrial nature, perhaps a massive swarm of insect or birds or dust-devil but then again what if it is an object being disguised as one of the more mundane possibilities. via Ufosightingshotspot: While driving on the highway 15 miles outside of Carlsbad, New Mexico … Continue reading → 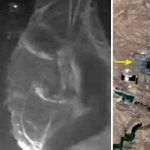 The United States Department of Agriculture has released a number of files about alleged alien and UFO activity on land managed by the US Forest Service, including details of the outlandish allegation. The US Forest Service data was obtained by John Greenewald, founder of The Black Vault website, who obtains and publishes former confidential official data on aliens and UFOs. … Continue reading → 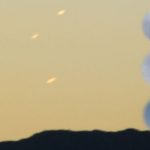 FIFTEEN mysterious black helicopters were witnessed flying towards the location of a bizarre UFO sighting, it has shockingly been claimed. A couple told how they saw three unusual UFOs in the sky for 15 to 20 minutes while travelling to Albuquerque, in New Mexico, in the US. They claimed the following morning that 15 unmarked black helicopters were seen flying … Continue reading → 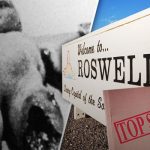 A PAIR of dead aliens WERE found in the wreckage of a crashed flying saucer discovered by the US military at Roswell in 1947, it was sensationally claimed yesterday. The Mutual UFO Network (MUFON) has received a report from a retired engineer who claims to have interviewed a welder who “cut open” the flying saucer that reportedly crashed in the … Continue reading → 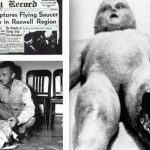 EXCLUSIVE: “I HAVE obtained a photo of a grey. It was given to me by my son’s friend whose grandfather was in the service at Roswell in the forties and smuggled out photos.” The witness claimed to have obtained a picture of an alien grey. This is taken verbatim from a report to the Mutual UFO Network (MUFON), based in … Continue reading →