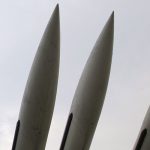 Israel has 200 nuclear weapons “all targeted on Tehran,” so Iran would not dare use a bomb even if it could make one, former Secretary of State Colin Powell said in a 2015 email, which has surfaced this week as part of a hacking scandal. Unknown hackers have compromised Powell’s Gmail account, and the whistleblower website DCLeaks posted a trove … Continue reading → 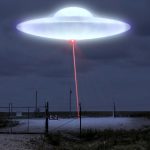 Watch UFOs and Nukes film on Vimeo The reality of UFO incursions at American nuclear weapons facilities has been convincingly established. Hundreds of U.S. military veterans now openly discuss these ominous incidents and thousands of declassified government documents affirm their assertions. Over the past four decades, noted researcher Robert Hastings has interviewed more than 150 of those veterans regarding their … Continue reading → 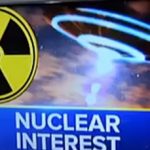 Officially, the U.S. government ended its study of UFOs in 1969, because it assured the public there is no proof the phenomena represents a threat to national security. But, what if these unknown aircraft showed an interest in our nuclear weapons? UFOs have not only infiltrated restricted airspace over nuclear missile bases, but on occasion, have disabled ICBMs (intercontinental ballistic … Continue reading →