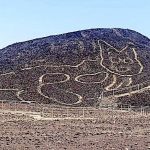 Sam Jones The Guardian The dun sands of southern Peru, etched centuries ago with geoglyphs of a hummingbird, a monkey, an orca – and a figure some would dearly love to believe is an astronaut – have now revealed the form of an enormous cat lounging across a desert hillside. The feline Nazca line, dated to between 200BC and 100BC, … Continue reading → 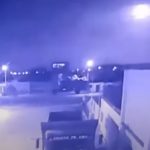 A security camera was able to capture a bright fireball as it illuminated its surroundings over a town in Peru. According to the reports submitted by the eyewitnesses, the meteor that hit Earth and created the fireball event was brighter than Venus. The latest fireball event in Peru was reported via the International Meteor Organization (IMO). Based on the reports … Continue reading → 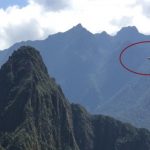 Image of a UFO in the sky above the ancient Machu Picchu ruins in the Andes Mountains was inadvertently taken by a tourist. via ufosightingshotspot: The photographer who has submitted the image to Mufon said: I was visiting Machu Picchu (Peru) with around 20 people of the company I used to work for at that time. We programmed the travel … Continue reading → 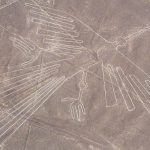 After you read this article you might also like to check out an original article from our archives: How Were the Mysterious Ancient Nazca Lines Created? via iflscience: The Peruvian culture ministry has announced the discovery of more than 25 pre-Columbian geoglyphs carved into the rocky coastal desert hills of the Palpa Valley. According to Reuters, the enigmatic ancient designs … Continue reading → 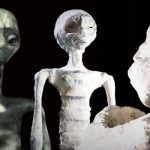 Mummified Aliens Discovered in Nazca Tomb Were Alive at One Time, Scientists Claim

Scientists working on a project to prove that our ancient ancestors may have been visited by aliens have made the “world changing” claims in a video. Last June claims emerged several bizarre mummified so-called alien bodies were found in a remote tomb in Nazca, Peru. Mainstream scientists and archaeologists branded it a sick hoax, saying the bodies had been created … Continue reading → 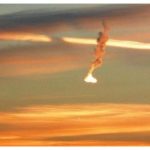 Here at Outer Places, we pride ourselves in being both believers and skeptics in equal proportion. When Peruvian residents saw a giant fireball careening through the sky before crashing in southeastern Peru earlier this week, they were understandably shaken. And though the Peruvian air force has since explained the event as the remains of a satellite, they were understandably skeptical. … Continue reading → 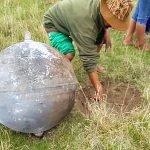 As you will read, it is being said by that the objects are fuel tanks, are they? or maybe they are extra-terrestrial in origin? Via RT: A mysterious fireball spotted over Peru on Saturday turned out to be part of an old satellite falling to Earth. The Peruvian Air Force was quick to reveal the source of the flames after … Continue reading → 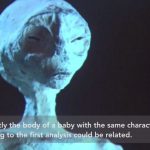 Claims the creatures were seen by the “discoverers” of the so-called mummified remains of “three-fingered bodies” is the latest twist in a sensational story that has been branded an elaborate hoax by many, but has taken the internet by storm. UK-based UFO investigators Steve Mera and Barry Fitzgerald revealed the new claim in a video documentary charting their mission to … Continue reading → 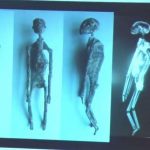 THESE are the first pictures of what is alleged to be the secret tomb where several mummified aliens were found in Peru. Gaia.com, the paranormal website behind outlandish claims that at least five mummified aliens have been found buried in Nazca, Peru, released a new video revealing the images inside the alleged tomb and the identity of the man said … Continue reading → 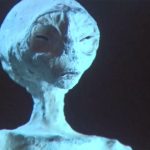 The paranormal journalist who claims to have discovered alien remains near the Nazca lines of Peru says the extraterrestrial beings once lived in harmony among humans. At a press conference last week, Mexican paranormal journalist Jamie Maussan claimed the five mummified bodies discovered over the last two months appear “closer to reptiles than humans.” Now, Maussan, who has devoted much … Continue reading →