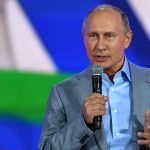 Speaking to participants of the World Festival of Youth and Students in Sochi, Russian President Vladimir Putin revealed the future technology he believes can prove to be more terrible than nuclear weapons. According to the president, genetic programming of human beings according to specific characteristics may prove a mortal danger for humanity. In his view, while genetic engineering provides immense … Continue reading → 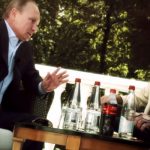 No country on earth would survive should the world’s most powerful nuclear states unleash their atomic weapons, Vladimir Putin has said. His remarks form part of a series of interviews with American film director Oliver Stone. The question of whether the human race would survive a potential global nuclear war has tormented the minds of generations, and indeed Stone, who … Continue reading → 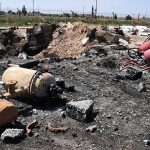 US President Donald Trump blamed the current situation in Syria on Moscow’s support for country’s President Bashar Assad, calling the Syrian leader “an animal,” in an exclusive interview with Fox Business on Wednesday. “If Russia didn’t go in and back this animal [Assad], you wouldn’t have a problem right now,” Trump said. He stressed that Russian President Vladimir Putin was … Continue reading → 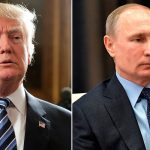 Russian President Vladimir Putin has said he would be ready to meet with US President Donald Trump at the upcoming summit of Arctic countries in Finland, if the talks are properly prepared. “I believe Finland suits this purpose well, and Helsinki is a very convenient platform to organize an event like this,” Putin said, when asked if he thought a … Continue reading → 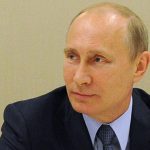 The nuclear threat is now greater than at any time since the 1980s. While the number of nuclear warheads in the world is continuing its slow decline, both Russia and America have been investing heavily in modernizing their weapons and delivery systems. In the White House will soon be a famously irascible man who is also famously ignorant about nukes. … Continue reading → 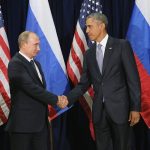 A highly classified Kremlin video has allegedly leaked online, showing a meeting between Vladimir Putin and incumbent Vice President Joe Biden, with Obama (through Biden) warning Russia of an alleged alien invasion in September 2017. According to the Daily Star, the file titled “US warns Russia ‘Aliens on Their Way, Will Be Her in 2017” surfaced on Oct. 27. A … Continue reading → 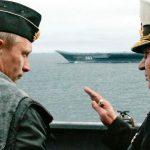 RUSSIA is holding a massive evacuation drill for more than 40million people to prepare for nuclear war. More than 200,000 emergency services personnel and soldiers will use 50,000 pieces of equipment during the massive civil defence exercise. The former Soviet nation is ramping up fears over nuclear war and blaming the West for the unsettling possibility of a conflict. As … Continue reading → 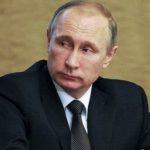 While little is known of the United States government’s secretive plans to survive the coming Nibiru holocaust, information regarding Russian President Vladimir Putin’s effort has been leaking into the public domain. As detailed and proven in previous articles, Vladimir Putin has sought to warn the world about Nibiru’s eventual impact on planet Earth. Our embedded source, a former Russian intelligence … Continue reading → 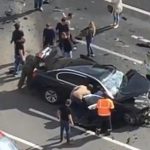 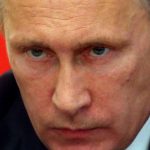 Vladimir Putin has issued a stern warning to the world’s media, saying that the world is heading down a path that could lead to nuclear war. Speaking with foreign journalists at the St Petersburg International Economic Forum on June 17th, Putin outlined why he thinks a war between Russia and the West is inevitable. Russia-insider.com reports: Putin railed against the … Continue reading →