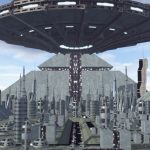 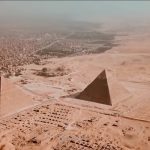 The Great Pyramid of Giza Can Focus Electromagnetic Energy!

Although the massive Pyramid of Cheops has graced the ground of its Egyptian homeland for 4,500 years, we are still far from unlocking all the mysteries of this world-renowned structure. In fact, the most adventurous legends have always been entwined around the monumental tomb. While stories of extraterrestrial builders are generally dismissed with a weary smile by conventional science, there … Continue reading → 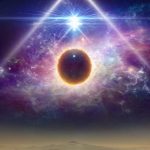 The pyramid of the Sun is emitting a beam that originates 2.4 kilometers above the pyramid apex and over 2 kilometers below its base. This purported phenomenon contradicts the known laws of physics and technology and is arguably proof of the only non-Hertzian technology in existence. Matrix Wisdom YouTube IF YOU ENJOY THIS SITE PLEASE TELL OTHERS ABOUT US…SHARING IS … Continue reading → 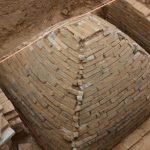 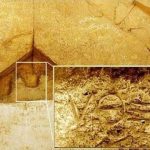 These 4 mysterious symbols are in front of the real entrance of the pyramid which is hidden from the public. The archaeologists never succeeded in decoding these symbols and that they were irrelevant, engraved by an anonymous worker, such as a graffiti … Independent researcher Jean Seimple, who revealed that the secret of the Greenwich meridian, which commemorates and indicates … Continue reading → 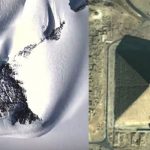 STUNNING images of what appears to be a pyramid in Antarctica are baffling scientists around the world. Images on Google earth have revealed the existence of the four-sided structure, which bears an uncanny resemblance to the famous Egyptian pyramids built thousands of years ago. Covered by snow on each side, the find has prompted theories that what is now the … Continue reading → 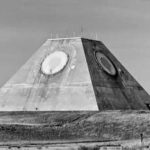 Mysterious Pyramid Was Built To Prevent The ‘END OF THE WORLD’

Not all pyramids are ancient, one particular mysterious pyramid that was made during the 20th century has sparked some intrigue. It’s often called “End of the world” pyramid, and it’s located on an isolated rural area in North Dakota. The radar facility was suppose to track incoming soviet (or anyone elses) missiles threatening the United States. It was part of … Continue reading → 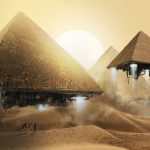 Noah’s ark has always been a mystery , but all this will change , after a new study of the Dead Sea Scrolls, Noah’s Ark revealed to be shaped like a pyramid. The Dead Sea Scrolls is a collection of texts of religious and historical significance, this texts are written in Hebrew, were discovered between 1946 and 1956, from eleven … Continue reading → 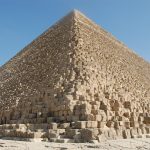 Everyone loves a good pyramid anomaly, and geologist Robert Schoch (best known for his involvement in the ‘redating the Great Sphinx’ controversy) has posted an interesting curiosity on his Facebook page. During a tour group visit to the Giza plateau, Dr Schoch took some time to look at a strange patch of limestone not far from the pyramids, which appears … Continue reading → 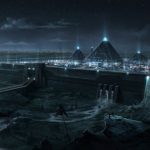 There are many theories as to who built the pyramids and why they were built. Was there just one single purpose? The Pyramids of Giza are considered one the greatest wonders of the world. Gerald Massey (29 May 1828 – 29 October 1907) was a poet and author of spiritualism. He was best known for his book Ancient Egypt: The … Continue reading →