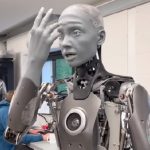 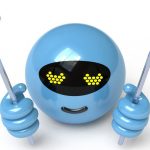 Ok so the headline states that this is the first ‘SUCCESSFUL’ implant surgery performed by a robot, does that mean there were UNSUCCESSFUL ones performed by robot dentist, every fiber of my being is cringing at that thought, I sure hope there weren’t any unsuccessful attempts…YIKES! South China Morning Post reports: A robot dentist has carried out the first successful … Continue reading → 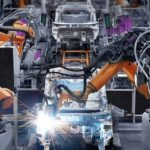 As more autonomous robots are being designed, built and released into the general public, more are going rogue … and worse. Can a lawsuit stop them? We’re about to find out. The widower of a Michigan manufacturing plant worker is suing the makers of the industrial robot worker that killed his wife. The results of this suit will affect industrial … Continue reading → 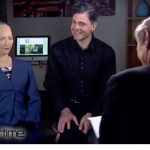 What happens when Charlie Rose attempts to interview a robot named “Sophia” for his 60 Minutes report on artificial intelligence (video at the end of the article) “I’ve been waiting for you,” Sophia tells 60 Minutes correspondent Charlie Rose. They’re mid-interview, and Rose reacts with surprise. “Waiting for me?” he asks. “Not really,” she responds. “But it makes a good … Continue reading → 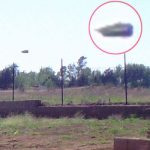 PARANORMAL investigators are looking at claims a robot-like object and a bizarre UFO appeared in separate images taken by a static camera on the same day. The odd pictures have been sent to the Mutual UFO Network (MUFON) for further analysis after being discovered on Monday. An unnamed witness, who emailed them to the site, described the first metallic object … Continue reading → 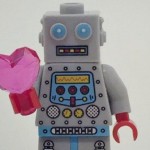 Sony Says Their New Robots Will Form Emotional Bonds With Us – A Dying Battery Has Never Been More Devastating.

Sony has announced plans to develop a robot “capable of forming an emotional bond with customers”. Sony’s chief executive Kazuo Hirai did not disclose specific details about the robots, but says it will propose new business models that integrate hardware and services to provide emotionally compelling experiences. Sony is re-entering the consumer robotics game after increased competition in the Asian … Continue reading → 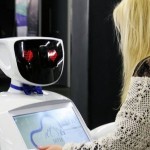 An experimental interactive robot known as Promobot IR77 has been up to quite a bit of mischief recently. Designed to engage in meaningful interactions with humans, this cute little robot has a computer screen on its chest to show information and can even change its eyes to show love hearts. Earlier this month the company who develops the robots had … Continue reading →