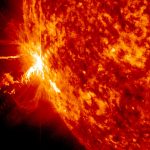 It could take 15 years to recover if this happens! “Coronal Mass Ejection refers to a piece of the sun that gets hurled out of sunspots then slams into Earth’s magnetic field, triggering global catastrophic effects. Would we ever be able to recover from this solar storm?” IF YOU ENJOY THIS SITE PLEASE TELL OTHERS ABOUT US…SHARING IS CARING Start … Continue reading → 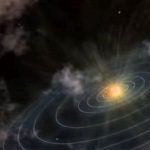 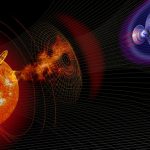 The last year was a gruesome one for marine life around the world. In nearly every continent, unexplained mass deaths of sea creatures occurred, littering the world’s beaches with stinking, half-rotted corpses. While a variety of causes and, of course, climate change have been cited, no official explanation has been put forward for this recent string of mysterious marine die-offs. … Continue reading → 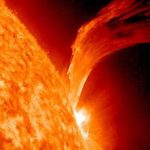 Just Weeks After Obama’s Executive Order on Catastrophic Space Weather Events, a Coronal Mass Ejection Is Set to Hit on Election Day This has already been the craziest election in the history of the country, with the most overt corruption and fraud the American people have likely ever seen. Now, on top of everything else that’s scheduled to go down … Continue reading → 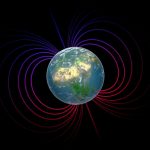 Earth Faces CATASTROPHE If We Do Not Reinforce Magnetic Shield, Scientist Warns

THE Earth is in dire need of a massive magnetic shield in order to protect itself from solar storms which could wipe out the planet’s technologies and make it rain radiation, an expert has sensationally warned. The Earth does have a magnetosphere – a natural shield that protects us from solar flares. However, the poles of the Earth are constantly … Continue reading → 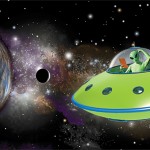 What on Earth Should We be Scared of Now? Well, quite a lot, actually

Editor’s Comment: I found this article by Scott Feschuk (macleans.ca) amusing and thought maybe this can bring someone a chuckle if nothing else 🙂 Allow Scott Feschuk to explain. Every time we turn around, there’s another threat to humanity. Let’s get up to date with a new instalment of: What’s Killing Us Now? Planet Nine. Have you heard about this … Continue reading → 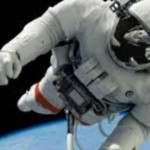 By Nancy Loyan Schuemann March 2016 via MysteriousUniverse Recently, astronaut Scott Kelly returned to earth after an American record-setting 340 days in the International Space Station. The effects of lengthy space exploration on the human body are of concern to scientists. With planned missions to Mars and other long-haul destinations, scientists are researching the effects of long-term radiation exposure. Though … Continue reading →