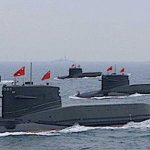 The People’s Liberation Army-Navy’s South Sea Fleet has deployed a squadron of submarines to the disputed waters of the South China Sea to increase battle readiness, the South China Morning Post reported Saturday. The marine rescue unit will expand the area in which the fleet can carry out missions, according to the Straits Times. “It is a sign the fleet … Continue reading → 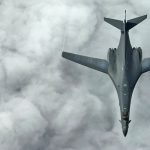 Beijing spoke out after two US long-range supersonic bombers flew over the disputed South China Sea, saying it opposes the use of freedom of overflight as an excuse to harm its security. The leaders of the US and China are set to meet Friday. “China resolutely opposes individual countries using the banner of freedom of navigation and overflight to flaunt … Continue reading → 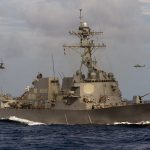 The Chinese Navy has warned a US warship to leave, as it sailed within 12 nautical miles of the Spratly Islands in the South China Sea “without permission.” Beijing says that the latest US move disrupts the peace process in the region. After the USS Dewey guided missile destroyer entered waters near the disputed land “without permission from the Chinese … Continue reading → 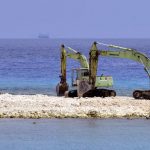 Satellite images captured on Monday show Chinese military installments being placed on a crucial islet in the contested waterway. US Secretary of State Rex Tillerson has previously called China’s island building in the South China Sea “illegal.” The People’s Liberation Army of China has a naval base on Hainan Island, and since March, several missile launchers have been placed at … Continue reading → 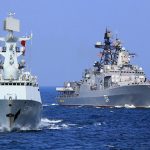 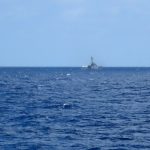 A Chinese navy warship seized an underwater drone deployed by an American oceanographic vessel in international waters. The mission of the survey ship, USS Bowditch, had been sampling and data collection of surface, midwater and ocean floor measurements. The Bowditch was sailing about 100 miles off the port at Subic Bay when the incident happened. The survey ship had stopped … Continue reading → 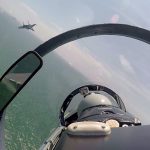 As tensions in the South China Sea region continue to rise, both the US and China appear ready and willing to engage in a contest of electronic warfare capabilities. During the last few years, China has apparently constructed a considerable number of radar installations on the South China Seas islands. These facilities, which could potentially be employed for a variety … Continue reading → 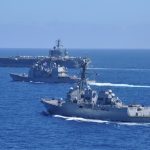