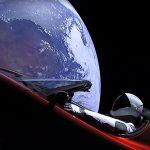 Elon Musk has pulled off the incredible feat of sending a car into outer space, with a dummy astronaut behind the wheel. Conspiracy theorists suggest, however, there were more sinister intentions behind the unusual payload. SpaceX’s Falcon Heavy launched yesterday with the roadster on board, and it didn’t take long for the Reddit rumour mill to go into overdrive with … Continue reading → 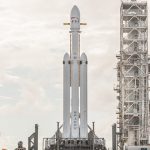 SpaceX’s new Falcon Heavy space rocket has launched on its maiden flight. The rocket departed from Launch Pad 39A at NASA’s Kennedy Space Center in Florida, carrying a Tesla car into orbit. The launch was delayed twice due to heavy winds in the upper atmosphere, but the countdown finally began for a 3:45pm EST (2045 GMT) blastoff on Tuesday. The … Continue reading → 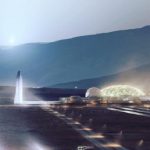 ONE ROCKET TO RULE THEM ALL On the last day of the International Astronautical Congress in Adelaide, Australia, SpaceX CEO Elon Musk took the stage to discuss his company’s BFR project. In addition to sharing details on how the technology might be used to revolutionize long-distance travel on Earth, Musk also explained how it could support our off-world activities. The … Continue reading → 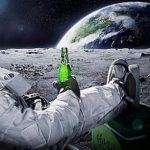 Are you ready to take a vacation excursion to the Moon? Can you afford ten grand (US) – with easy low monthly payments of just $83.33 per month? By the time you pay for it, the founder of a company called Moon Express says it will be offering round trips for $10,000. At those prices, Buzz Aldrin may want to … Continue reading → 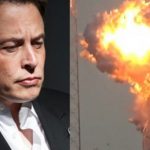 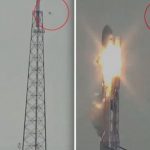