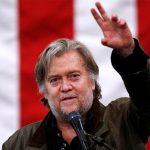 Breitbart News executive chairman Steve Bannon is stepping down from his role following a bitter backlash for comments he made about President Donald Trump’s campaign. The Breitbart News Network confirmed the resignation Tuesday. “I’m proud of what the Breitbart team has accomplished in so short a period of time in building out a world-class news platform,” Bannon said. Bannon, former … Continue reading → 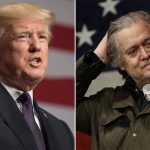 Is the ‘bromance’ really over? One can’t help but be amused at how Trump and staff default to the tactic of saying the person was ‘never really involved with them’ once things go bad ie. George Papadopoulos and now even Steve Bannon. Also did anyone else feel like this is a case of the pot calling the kettle black? RT … Continue reading → 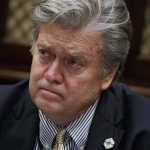 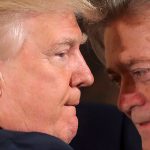 There were many disturbing moments in Steve Bannon’s CBS interview, but perhaps the most harrowing for sensible viewers was his comparison of the Trump team to the gang in the Hollywood Western the Wild Bunch. Bannon is the only truly powerful aide to resign from the Donald Trump White House. He gave his first extended interview to CBS’s 60 Minutes … Continue reading → 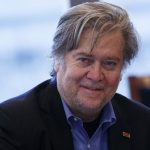 Even for something as simple as this there is conflicting stories as to if Bannon resigned or if he was fired. UPDATE: it appears that Steve Bannon was in fact fired according to multiple sources. Sputniknews reports: US President Donald Trump has removed chief strategist Stephen K. Bannon from the post, White House spokesperson Sarah Huckabee Sanders said in a … Continue reading → 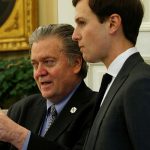 Whatever happened to ‘draining the swamp’? The countless lies of both Trump and his crew (including family) is unreal for such a short time in office, now all we have is just way more of the same, sad really…imagine the things we don’t know about! RT reports: Senior White House adviser Jared Kushner’s meeting with a Russian lawyer during the … Continue reading →