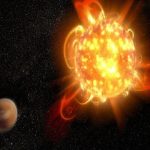 Astronomers probing the edges of the Milky Way have in recent years observed some of the most brilliant pyrotechnic displays in the galaxy: superflares. These events occur when stars, for reasons that scientists still don’t understand, eject huge bursts of energy that can be seen from hundreds of light years away. Until recently, researchers assumed that such explosions occurred mostly … Continue reading → 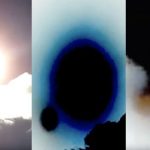 A Familiar Anomaly Appears Near the Sun

A video was sent to Mrmb333 showing what appears to be an object near the sun in approximately the 8 o’clock position. This would not be the first time this has been recorded. As mentioned in Mrmb333’s video, this was also seen back in 2012 and just like then, we still have no explanation for what this is. The logical … Continue reading → 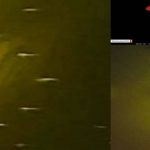 Intriguing developments! A follow up to the Mystery Surrounds Evacuation of National Solar Observatory, USPS Office in Sunspot, New Mexico A few days ago we posted an article regarding the sudden evacuation and shutdown of the National Solar Observatory in Sunspot, New Mexico on September 9, 2018 which was said to be for “security” reasons with no further elaboration. Interestingly … Continue reading → 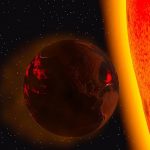 Scientist Say This is How the Sun Will Die, It Doesn’t Look Good for Earth

Here is what scientists believe will happen when the sun dies – and it doesn’t look good for Earth. (a bonus video follows the article) via Unexplained-Mysteries: When our star eventually dies, it will go out in a blaze of glory and produce what is known as a planetary nebula. At 4.6 billion years old, our Sun is vital to … Continue reading → 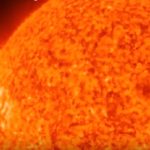 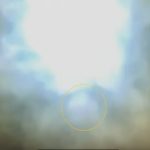 This video on MrMBB333 YouTube channel shows what appears to be some type of spherical object moving near (underneath) the sun. Hard to say what this might be but MrMBB333 also references a similar object that was recorded in the past by NASA satellites and appeared to be sucking energy from the sun. However this particular object was recorded from … Continue reading → 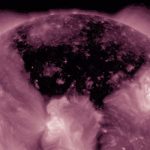 We’ve all seen strange and puzzling things on many YouTube videos of NASA’s SOHO and other satellites that monitor the Sun, could this prof be onto something? via express UK: NASA must allow the public live access to cameras trained on the Sun, a professor of physics has declared as she accused the US space agency of a cover up … Continue reading → 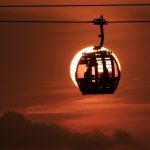 The Sun Will Be Significantly Cooler by 2050 – Study

The sun might be unusually cool by 2050, according to a new study. Based on the cooling spiral of recent solar cycles, scientists from University of California, San Diego believe the next “grand-minimum” is just decades away, during which the sun will be 7 percent cooler. A grand-minimum, according to the study, is a period of very low solar activity, … Continue reading →

The Sun is Blank And Continues to Dim

As the sun gets successively more blank with each day, due to lack of sunspots, it is also dimming. According to data from NASA’s Spaceweather, so far in 2017, 96 days (27%) of the days observing the sun have been without sunspots. Here is the view today from the NASA Solar Dynamics Observatory satellite: Today at Cape Canaveral, SpaceX launched a new sensor … Continue reading →