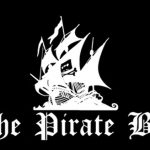 Behind the Shut Down of ‘Pirate Bay’, How the US Pressured Sweden Revealed

The extent of US influence over Sweden’s crackdown on Pirate Bay has been revealed over a decade later, thanks to a Freedom of Information Act request by TorrentFreak. The documents show the methods used by the US government to pressure Sweden to crack down on the torrent site a decade ago. Pirate Bay was discussed at the highest political level, … Continue reading → 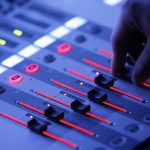 Swedish radio listeners hoping to tap their feet to a bit of pop music were shocked when the station played the ISIS recruitment song ‘For the Sake of Allah’ after being hacked. The station is in Malmö, a city now notorious for migrant-related crimes. The incident, which targeted Malmö’s Mix Megapol, occurred at around 8:30am on Friday. Following the hack, … Continue reading →

What is that sound? At 03:50 the first sound – not the car alarm – =) and at 05:15 the sound is heard more clearly. My daughter Frida has recorded the movie. My voice is also heard in the background, she woke me up. I had never heard of anything like before. The birds silence under the sound and a … Continue reading →

Recording of strange sounds in the sky of Sweden recorded on video on March 8, 2017. STRANGE! Any ideas? Sabrina Saba – YT Channel IF YOU ENJOY THIS SITE PLEASE TELL OTHERS ABOUT US…SHARING IS CARING Start the discussion, leave a comment below 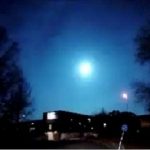 A very large blue fireball illuminated the sky over Sweden around 20:30 UTC (21:30 CET) on March 20, 2017. The event was so powerful that the whole sky lit up, Swedish All Sky Meteor Network astronomers said. Images of the event immediately started appearing on social networks, with people from the cities of Stockholm, Uppsala and Örebro all reported seeing … Continue reading → 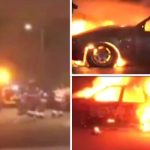 SWEDISH police are losing the battle against increasing levels crime and violence in the country as now 55 areas have been labelled as “no-go” zones. In February Express.co.uk reported the Scandinavian country has seen a huge surge in crime since the start of the migrants crisis in Europe with a rise in sex assaults, drug dealing and children carrying weapons. … Continue reading →