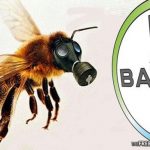 A large-scale study on neonicotinoid pesticides is adding to the growing body of evidence that these agricultural chemicals are indeed harming bee populations. Carried out at 33 sites in the United Kingdom, Germany and Hungary, the study found that exposure to neonicotinoids “left honeybee hives less likely to survive over winter, while bumblebees and solitary bees produced fewer queens.” Bayer and Syngenta, … Continue reading → 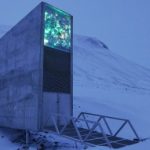 How the Elite Plan to Survive an Engineered Extinction Event

The Svalbard seed bank, set like a concrete monolith in the minus 4 degree Celsius permafrost of a mountain on a remote island in the Svalbard archipelago between mainland Norway and the North Pole, shouldn’t determine the fate of our agricultural future. Though the remote bank has collected 860,000 seed samples from around the world, with the latest withdrawal being … Continue reading → 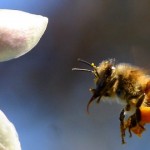 Pesticide Industry Lobbied to Push Profits Instead of Protect Bees

Despite the abundance of scientific studies documenting the rapid and dangerous decline of pollinator populations, state and federal lawmakers have yet to pass any meaningful protections for bees. The reason, according to the findings of a new investigation, is that pesticide giants such as Bayer, Monsanto, and Syngenta have deployed an aggressive lobbying campaign to dilute and suppress attempts to … Continue reading →