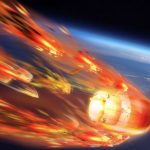 Looks like we got off lucky (this time). via CNN: It was a fiery end to what was once one of China’s highest profile space projects. The Tiangong-1 space lab re-entered Earth’s atmosphere Monday morning, landing in the middle of the South Pacific, China Manned Space Agency said. “Most parts were burned up in the re-entry process,” it added. The … Continue reading →

When Will the Chinese Space Station Tiangong-1 Crash into Earth?

THE burning wreckage of Chinese space station Tiangong-1 is on a dramatic collision course with Earth, authorities have revealed. But when will the giant space lab slam into Earth? The massive space satiation will spectacularly burn up in the atmosphere sometime in March, amid rumours that authorities have lost control of the deadly Tiangong-1. The Tiangong-1, or Heavenly Palace, was … Continue reading → 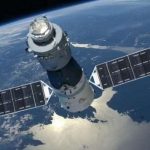 Here is an update of sort to the story we shared this morning “The Doomed Chinese Space Station Could Rain Fire on Europe“. There is an updated potential strike area so we thought it would be important to share this. via unexplained-mysteries: The station could hit a city, but the chances of that happening are extremely remote. The European Space … Continue reading → 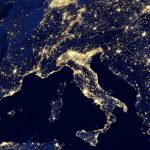 The Doomed Chinese Space Station Could Rain Fire on Europe

The European Space Agency (ESA) has already narrowed down the possible crash sites for the Chinese ‘Tiangong-1’ space station, including several European nations, which is due to meet its fiery end early in 2018. The agency will lead an international campaign comprised of a total of 13 space agencies from around the world to track the Chinese space station which … Continue reading →