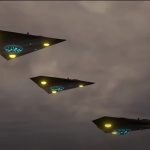 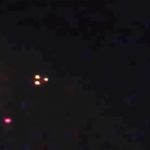 New video of a “TR-3B type of UFO” captured in Russia is being called the “best evidence ever” of a UFO sighting, and has inspired conspiracy theorists around the world. Posted on UFO Today’s YouTube page on Saturday, the video shows an object making its way slowly past a building at night, displaying three lights in a triangular formation. “This … Continue reading → 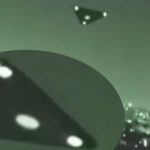 ‘Leaked’ Footage of the UFO TR-3B Secret US Spy Craft

THIS video is genuine “leaked” footage of a US military secret spy craft known as a TR-3B, according to rock star Tom DeLonge. Mr DeLonge, who gave up a career as the front man of Blink 182 to focus on UFO research, revealed the video during an interview on The Joe Rogan Experience – an online podcast hosted by stand-up … Continue reading → 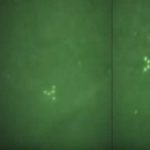 Is This the Infamous TR-3B On Secret Mission? 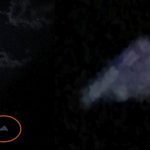 Is it possible that a plane passenger has photographed the mysterious and secret TR-3B? Witness states: I was traveling (passenger), north on I-185 in west central Georgia, around 1:30 am. With my iPhone, I was taking pictures of the clouds illuminated by the moon. I took 40-50 pictures, and saw only the beautiful clouds. In the morning I was going … Continue reading → 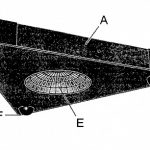 If you’re one of the hundreds, if not thousands, of people who have seen a triangular UFO over the past two decades or so, now you can see what its original design diagrams look like, courtesy of a viewer (Darian Calhoun) of the Talk is Cheap video podcast and Corey Goode, an unusual fellow who tweeted a link to the … Continue reading → 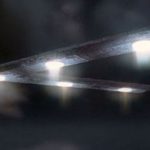 SIGHTINGS of strange triangular UFOs keep being reported, leading to claims aliens could actually be visiting Earth in the mysterious crafts. The Mutual UFO Network (MUFON) has received 15 reports of “triangle UFOs” being spotted in the skies since the start of December. The MUFON global database of UFO sightings receives hundreds of similar reports each year, with numbers seemingly … Continue reading →