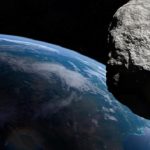 By The Physics arXiv Blog A new theory explains the mysterious explosion in Siberia, scientists say, suggesting Earth barely escaped a far greater catastrophe. In the early morning of June 30, 1908, a massive explosion flattened entire forests in a remote region of Eastern Siberia along the Tunguska River. Curiously, the explosion left no crater, creating a mystery that has … Continue reading → 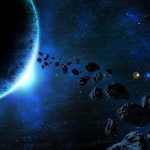 Tunguska Event occurred on June 30, 1908 Russia’s state emergency center has shared some of the most worrisome scenarios that presumably await planet Earth in the decades to come, and, most importantly, outlined how dangerous the contact with celestial bodies might turn out. Large asteroids of up to one kilometer in diameter are feared to come into dangerous proximity to … Continue reading → 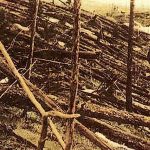 Today marks the anniversary of the Tunguska Event. On June 30, 1908 an object exploded violently in the sky over Tunguska Siberia leveling a large forested area, literally flattening it, however the specific details remain a mystery as only the after effects and sound were heard and as far as I’ve read no one actually eye witnessed the actual blast … Continue reading → 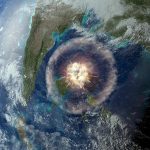 The cause of the Tunguska event of 1908 remains a mystery today, even though one of the prevailing theories — that a meteorite had scored the Earth and displaced thousands of trees in Siberia near the Podkamennaya Tunguska River and created a crater that became Lake Cheko — has now been debunked, because theories, by their very construct, can be … Continue reading → 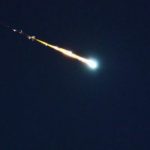 The Tunguska Event Comet Will Light The Sky With Fireballs

If we could all take a moment to put down Pokémon GO and Tinder and take a look overhead, we’d probably find the skies are full of interesting phenomena. This Halloween season was a rare treat, with UFOs over Phoenix, Arizona, mysterious green fireballs lighting up the skies over Japan, and a near-miss by a massive asteroid. Now, things are … Continue reading → 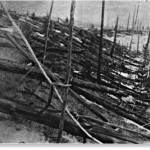 “It was nothing of this earth, but a piece of the great outside; and as such dowered with outside properties and obedient to outside laws.” –The Colour Out of Space”, by H.P. Lovecraft (1927) In the morning of June, 30 1908 eyewitnesses reported a large fireball crossing the sky above the taiga of the Stony Tunguska (PodkamennayaTunguska) in Siberia. A … Continue reading →