Loud Boom Heard in Kingman, Arizona May Have Been a Meteor Strike

Residents all over Kingman heard a very large boom last night about 9:15 p.m. Reports poured in from Facebook with people saying the boom shook their house, their windows and scared their pets. Anise Wight, from Kingman, said on Facebook that the loud explosion was sometime after 9 p.m. “I live near Ames and Melody,” said Wight. “I checked to … Continue reading →

Residents of a southeast suburb are scratching their heads after experiencing a loud “boom” and feeling the earth shudder early on Sunday evening. Cornubia resident Shaun Pask said his West Coorang St house was rocked by the event which took place just before 6pm. Mr Pask said he felt as if a large object had hit the roof of his … Continue reading →

Several people in and around Elyria are talking about a deep, loud, house shaking boom that occurred Wednesday night, just after 9 p.m. We checked with Elyria Fire who had no reports of any explosions. Elyria Police did take a call. “We received one call last night from a resident who lives in the southeast part of the city. We … Continue reading → 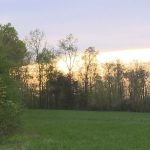 Residents living along a rural road in Trinity were alarmed by a mysterious noise and movement they say happened late Monday night. “It was a very loud boom,” Dianne Williams said. Williams was alarmed to hear such a loud noise, followed by shaking. She said it was scary for her dogs too. “I heard bang, bang, in the laundry room, … Continue reading →

Numerous people in and around Charleston, SC, reported on social media Monday a loud “boom” or the sound of an “explosion,” which some said shook their home or other building they were in for several seconds. The source of the boom and ensuing shaking is presently unknown. Many have speculated it was a possible earthquake, while some are suggesting it … Continue reading →

A mysterious boom has left residents in South Philadelphia rattled after many were awoken overnight by the loud sound. The boom was reportedly heard around 2 a.m. Tuesday. Those who heard it turned to social media to try to figure out what it may have been. Many reported the boom was so loud it shook their windows and houses. Some … Continue reading →

A lot of folks contacted us today after hearing a loud boom and rumbling sound early this afternoon a little after 1pm. Many people thought it might have been an earthquake. A quick check of the USGS (United States Geological Survey) ruled that out. While we do not have a definitive answer what caused the rumble can likely be narrowed … Continue reading →

The Jackson County Sheriff’s Office is investigating after a loud boom was heard by several people Tuesday night. Officials say the boom was heard in Madison County and Rockcastle County as well. They say they don’t know what the noise was and that trying to figure it out will be like finding a needle in a haystack. In a Facebook … Continue reading →

There were nearly 300 comments on the Delta Facebook Message board from people who heard what they’re describing as a “loud boom” on New Year’s Eve. It’s easy to assume it was fireworks; after all, it was New Year’s Eve. People in Delta swear that it was not fireworks. From things falling off of walls to people going outside to … Continue reading →

A link to the previous event is posted at the end of this article. via Goshen News: Some felt their houses shake, some heard windows rattle, and many others paused in alarm or curiosity after some kind of loud sonic incident or situation or … something … erupted apparently in an area east and south of the Goshen Municipal Airport … Continue reading →