A loud boom sound and shake was heard in Salisbury and the surrounding areas on Thursday afternoon. On Oct. 25 around 3:30 p.m., a sound caused a stir with a audible boom and shake. Residents quickly turned to social media to find out if others had heard the boom. Facebook posts were reported from Salisbury, Seaford, Delmar, Dagsboro, Ocean Pines, … Continue reading →

Another unexplained boom… via KTXS: A loud boom was heard in Sweetwater. Around 4:15 p.m. Tuesday, people heard a loud boom that shook houses. The police department also heard the boom, but dispatchers said they have not gotten any calls that would indicate what caused it. The only calls the fire department has gotten is from people asking about the … Continue reading → 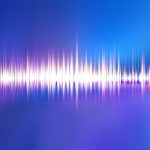 A loud boom heard across parts of Tuscarawas County apparently was caused by military jets, according to officials. The first of several calls to the county 9-1-1 Emergency Dispatch Center in New Philadelphia came in at 5:04 p.m. and reported a loud boom in the Tall Timber Road, New Philadelphia, area. A second caller soon afterward reported hearing the boom … Continue reading →

On Thursday afternoon at around 3.30pm, residents around the Indian Institute of Management Bangalore (IIMB) on Bannerghatta road, at Rajarajeshwari Nagar, Uttarahalli and other parts in South Bengaluru heard a loud noise which created panic. Residents said their window panes shook and they heard a ‘blast’. The State disaster management officials have announced that the residents should not panic as … Continue reading →

Courthouse and Homes in Gatesville Texas Rocked by Unexplained Boom

Something exploded somewhere Friday morning that that rocked the Coryell Courthouse in Gatesville, shook homes, and broke out some windows, but authorities said Friday afternoon they have been unable to locate the source. Some residents also reported hearing a second loud explosion at around 2:40 p.m. Friday. “We’ve checked out the western part of the county, after report of second … Continue reading →

“Did anyone hear that loud bang?” It’s the post that inevitably sparks sarcasm and ridicule on social media, but on Sunday night, it was instead curiosity that dominated the conversation in Canberra community Facebook groups. Hundreds of people reported hearing what sounded like an explosion, described as “a huge echoing boom”, somewhere around Holt about 9.03pm. Many said it shook … Continue reading → 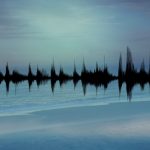 Dozens of calls and social media posts are coming from people who say they felt an earthquake or a sonic boom in the Lowcountry sometime around 12:15 p.m. Monday. Residents in Folly Beach, on James Island and in West Ashley all say they either heard or felt it. “Shook the entire house,” one Facebook user said. “I’m on James Island … Continue reading →

There’s a long list of things it wasn’t, but no one can seem to figure out what it was. A loud bang, described as an intensely close clap of thunder, was heard across the Nanaimo region Tuesday around 11:30 a.m. Hundreds of people reported hearing it, covering Nanoose to Hammond Bay to College Heights. “Heard it and felt it near … Continue reading →