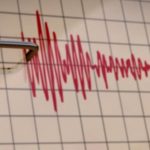 CAPE ELIZABETH, Maine (NEWS CENTER) — A loud, mysterious boom shook the Cape Elizabeth region around lunchtime Thursday. A NEWS CENTER viewer said it shook his house, and friends have commented on social media wondering what caused the sound. Cape Elizabeth police said they got at least a dozen calls about it. Officers heard and felt it, too. NEWS CENTER … Continue reading →

It was the shot heard around the world — or, at least around Raleigh County and two counties over Thursday night, when a loud and mysterious boom shook the area. Theories rained like manna from heaven Friday, but officials had no explanation for the nocturnal rumble. The West Virginia Department of Military Affairs and Public Safety announced Friday that there … Continue reading →

A sound resembling a thunderous explosion was heard around 8 p.m. on June 25 in the St. Helens area. Curious citizens flooded social media with questions about the origin of the boom that some said shook homes and rattled windows. According to St. Helens Police Chief Terry Moss, the first reports of the sound came in at 8:22 p.m. Moss … Continue reading → 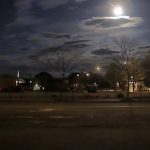 Could the mystery boom have been caused by a meteor, like this one recorded by a dashcam in Portland, in the United States? (seen in the headline image above) A loud boom which shook houses and alarmed pets in the Bay of Islands is likely to remain a mystery, with a meteor a possible explanation. Whatever it was, it was … Continue reading → 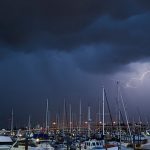 A loud bang, described as a “sonic boom”, jolted Tauranga residents awake around 3am on Sunday. Residents from Brookfield to Te Puna reported being woken by a single loud bang which rattled windows and upset pets. Police received several calls about the loud bang. A MetService meteorologist said it was likely a thunderstorm just over Tauranga Harbour was the culprit. … Continue reading →

Lowcountry residents reported hearing a loud boom Friday morning, which could be another of the legendary and mysterious booms reported as far back as the 1800s. People in North Charleston, Mount Pleasant and West Ashley reported hearing the boom and feeling brief shaking just after 8:30 a.m. Military activity? Steve Jaumé, of the College of Charleston Department of Geology and … Continue reading →

A loud sound from an unknown source has prompted concern in Grandville and the surrounding area prompting numerous calls to 911. Kent County dispatchers say they’ve received nearly two dozen calls reporting a loud explosion-type sound. Police have been searching the area, but were unable to determine the source of the noise. Reports of the situation began coming into the … Continue reading →

AUGUSTA, Maine — State police and other public safety officials say they have no explanation for a loud “boom” reported by residents of Kennebec and surrounding counties at about 9 p.m. Sunday. The sound, described by various people as similar to an earthquake, a plane breaking the sound barrier and an explosion, prompted dozens of calls to Kennebec County dispatchers … Continue reading → 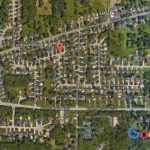 Several residents in the area of Marywood Drive reported hearing a loud boom around 2:45 p.m. Friday according to reports in the Cheektowaga Police blotter. One resident described what she heard as “a sonic boom.” She said her entire house shook and her neighbor heard it as well. A highway duty foreman call police around 3:20 p.m. to report a … Continue reading →