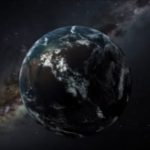 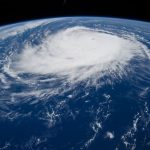 The Atlantic hurricane season rages on. Hurricane Irma is now zipping westwards across the Atlantic and fast approaching the Caribbean. It’s also looking more likely that it might affect the US mainland by the end of the week – far from an ideal situation considering this corner of the US is still sweeping up the destruction caused by Hurricane Harvey. … Continue reading → 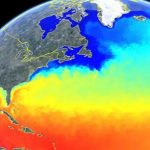 Heat and Cold across the Northern Hemisphere in summer 2017, now tomatoes are so expensive in India that armed guards are required, wettest start in Norway reflects exactly 1315 famine that lasted seven years, Canadian beef prices rise, sugar up all on wet conditions. Cosmic rays and weakening magnetosphere are the factors, not CO2 warming oceans. Adapt 2030 – You … Continue reading → 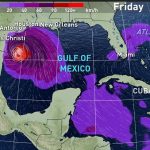 I’ve read that there could be 5 straight days of rain and rain fall amounts of anywhere from 5 to as much as 12 feet of rain in some area. That doesn’t even sound possible, scary stuff! I hope that everyone in the areas to be affected have heeded the warnings and evacuated. via theweathernetwork: A storm meteorologists are referencing … Continue reading → 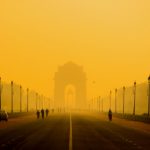 By the end of this century, temperatures in South Asia — a region where about one-fifth of the world’s population lives — could become too hot and humid for people to survive, according to a new study. Climate change in Pakistan, Nepal, India, Bangladesh and Sri Lanka could be so severe by the late 21st century that temperatures and humidity … Continue reading → 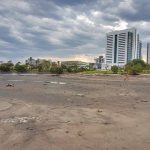 This extremely strange and puzzling event took place on August 11, 2017 and there was also a similar event just a couple of days later on August 13, 2017. While it’s not unusual for tides to go out this was no normal case of just tides heading out. This was a massive receding of one ocean’s coast (Atlantic ocean) while … Continue reading → 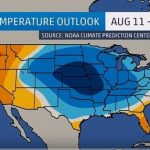 Autumn Arrives in Summer in the US & Canada

Chilly August begins as temperatures are forecast to be 20F below normal and even in the 35F range for N.E Canada and Rocky Mountain states. This is contrary to the Weather Channels August forecast calling far above normal temperatures through the month. Additionally NY Times article released the same day cites 2003 heat wave in Europe as proof of global … Continue reading → 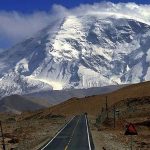 A ‘vortex’ of cold air over the Karakoram mountain range has been causing glaciers to continue growing. The peculiar phenomenon, which has been dubbed the ‘Karakoram anomaly’, was studied recently by scientists at Newcastle University in the UK and is thought to explain how glaciers in some parts of the Himalayas have been acting differently to those across most other … Continue reading → 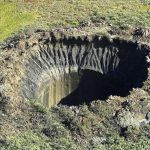 In northern Siberia, rising temperatures are causing mysterious giant craters — and even more dire consequences could be in store, say climate scientists. The Russian province’s long-frozen ground, called permafrost, is thawing, triggering massive changes to the region’s landscape and ecology. It could even threaten human lives. “The last time we saw a permafrost melting was 130,000 years ago. It’s … Continue reading →