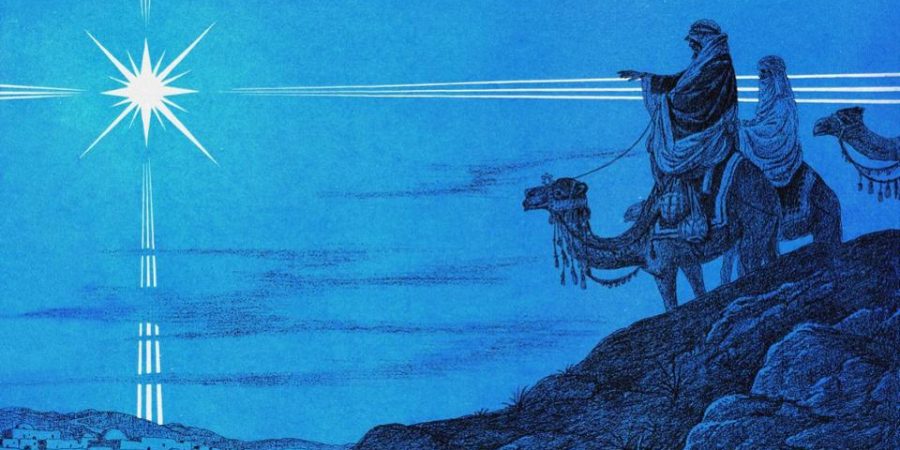 One of the classic images of the Christmas holiday is that of three wise men or kings traveling to Bethlehem, over which hangs a brilliant star. The Star of Bethlehem has its roots in the opening verses of the Gospel of Matthew, which states:

Now when Jesus was born in Bethlehem of Judaea in the days of Herod the king, behold, there came wise men from the east to Jerusalem, Saying, Where is he that is born King of the Jews? for we have seen his star in the east, and are come to worship him.

The wise men, or magi in the original Greek, are often represented as kings, but in context were likely astrologers. According to Matthew, they saw some astronomical event as a foretelling of Christ’s birth. There is debate among scholars as to the historical accuracy of event. Matthew is the only gospel that mentions the magi, and many scholars feel it’s a bit of pious allegory to show that the destiny of Jesus was written in the stars. But if we assume for the moment that Matthew’s account is accurate, it raises the question of what exactly the Star of Bethlehem could have been.

Although it’s referred to as a star, it’s clear that’s the one thing it couldn’t have been. On human time scales, stars are fixed and unchanging, and astrology of the time didn’t focus on the stars themselves. Instead it focused on astronomical events, such as the last appearance of a particular star before sunrise, or the conjunctions of stars and planets. One clue is buried in the verse itself, where “in the east” could also be interpreted as “at the rising.” This could be a heliacal rising, where a constellation or planet appears in the sky just before sunrise. For example, the first appearance of Venus as the morning star. Since Venus was long known to astronomers, its heliacal rising would not have been special by itself, but it could have been seen as significant if paired with another bright planet such as Jupiter. One idea proposed by Craig Chester is that it could have been the morning of Venus near the star Regulus (in the constellation of Leo, the lion) followed by a morning conjunction with Jupiter about nine months later. This occurred around 2 BC, but Herod likely died in 4 BC, meaning it didn’t occur “in the days of Herod.” 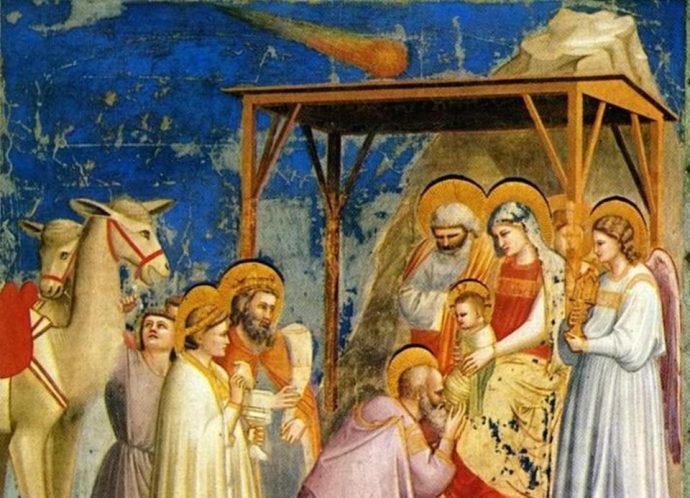 Another possibility is that the Star of Bethlehem was a comet. Bright comets do appear in the sky from time to time, and have been described as “hanging over” particular cities or lands, as the Star of Bethlehem is often represented. We know that Halley’s comet was visible in the region in 12 BC, and would have been bright enough to be described as a star. But the writers of Matthew would likely have known the difference between a comet and a star, and specifically noted the event as a star. There’s also the fact that comets were generally seen as bad omens, rather than good ones, so it would be unlikely that a comet would mark such an auspicious birth.

A third possibility is that it could have been a nova or supernova. These appear in the sky as “new stars” and are sometimes brighter than even Venus or Jupiter in the night sky. This would match the Biblical description, and might have been interpreted as a good omen. Chinese and Korean astronomers noted the appearance of a nova in 5 BC, which would be around the right time frame, but this nova wasn’t noted by astronomers in other regions, so it likely wasn’t particularly bright. A truly bright nova or supernova, such as the one observed by Tycho Brahe in 1572, would have created a remnant that we could observe today, and there is no known remnant that can be dated to the time of Jesus. It’s possible that there could have been a supernova in the Andromeda galaxy or the Magellanic Clouds, but there is no astronomical record of such an event.

More than anything else, this shows the problems of astrological prophesy. While there isn’t a single event that stands out as a clear origin to the Star of Bethlehem, there are lots of options that “kind of” fit after the fact. This is even true of the Gospel of Matthew itself. Matthew was written around 80 AD, decades after the events it describes, so the astronomical event it mentions would have been interpreted long after the Crucifixion and the rise of Christianity. Even if the author of Matthew felt the Star of Bethlehem was accurate history and not pious fiction, we’ll likely never know the particular event they had in mind.

Brian Koberlein is an astrophysicist, professor and author. You can find more of his writing at One Universe at a Time.