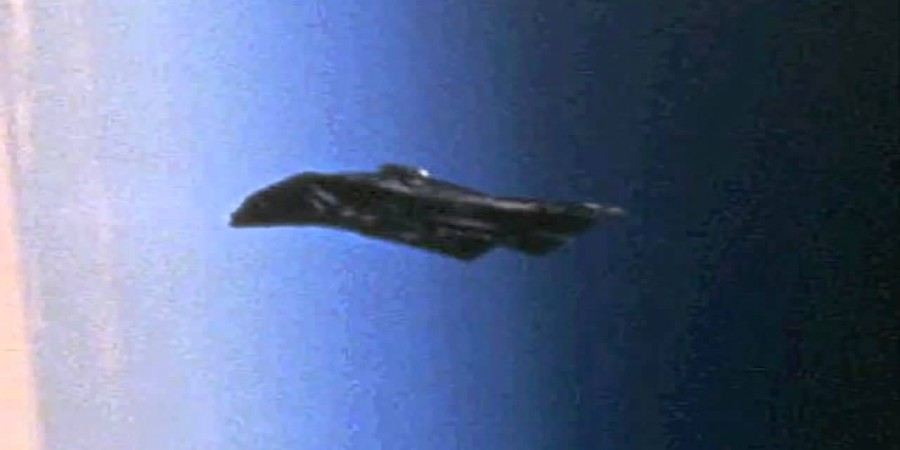 The truth behind the Black Knight Satellite is far more mysterious than you’ve ever imagined. Many believe the anomalous object, said to be locked in polar orbit around our planet is, in fact, an extraterrestrial satellite, sent to Earth to monitor mankind.

The Black Knight Satellite as seen in space

The mysterious Black Knight satellite has been the subject of debate for years. While many believe the anomalous object, said to be locked in polar orbit around our planet is in fact just space debris, others believe that this enigmatic ‘artificial satellite’ is, in fact, an extraterrestrial satellite, sent to Earth to monitor mankind. According to ufologists, the most striking part about the mysterious Black Knight Satellite is the fact that it is locked into polar orbit around Earth. Polar orbits are often used for earth-mapping, earth observation, capturing the earth as time passes from one point and reconnaissance satellites. This would put the Black Knight in the category of an observational Satellite.

Monitoring agencies around the world have reported picking up radio signals from the anomalous object for over 50 years now. The anomalous satellite has captured the interest of numerous governments around the world, including the government of the US, Russia, and China and there are even rumors that the Great Nikola Tesla was one of the first to intercept signals from this “Alien” satellite. Since the 1930’s Astronomers worldwide have been reporting strange radio signals which allegedly come from the “Black Knight”.

But if the mysterious object was in fact just another piece of space junk… why did we give it so much importance in the past? The St. Louis Dispatch and The San Francisco Examiner wrote about the “Satellite” on May 14th, 1954. The Time Magazine wrote about it on the seventh of March, 1960. Here is what they said about it:

Three weeks ago, headlines announced that the U.S. had detected a mysterious “dark” satellite wheeling overhead on a regular orbit. There was nervous speculation that it might be a surveillance satellite launched by the Russians, and it brought the uneasy sensation that the U.S. did not know what was going on over its own head. But last week the Department of Defense proudly announced that the satellite had been identified. It was a space derelict, the remains of an Air Force Discoverer satellite that had gone astray. Read the complete story by visiting the Time Magazine website.

The ‘Alien Satellite’ is even said to have been seen in space “shadowing” the Sputnik 1 Spacecraft, when cosmonauts reported seeing a UFO in polar orbit around the planet.

Even more mysteriously, the Gruman Aircraft Corporation showed interest in the alleged Alien Satellite. On September 3, 1960, seven months after the satellite was first detected by radar, a tracking camera at Grumman Aircraft Corporation’s Long Island factory took a photograph of the Black Knight. At that point, people all over the world started identifying the object in the sky, which could be seen as a red light moving at higher speed compared to other satellites in an East to West orbit.

The same year, the Black Knight satellite was located once again in Polar Orbit. Astronomers and Scientists calculated the object’s weight to be over 10 tons which would be at that time the Heaviest Artificial Satellite to orbit our Planet.

Three years after allegedly spotting the Black Knight, when Gordon Cooper was launched into space, it is believed that he actually reported seeing a mysterious UFO, with a glowing green object in front of his capsule in the distance moving towards his Spacecraft. The Muchea tracking station, in Australia, which Cooper reported the object to, picked up this Unidentified object on Radar traveling East to West.

According to believers that suggest, we are being tracked by an alien satellite in polar orbit around Earth, the extraterrestrial satellite carries a mysterious message and originates from the Epsilon Bootes Star System, and was placed to monitor Earth around 13,000 years ago.

There are numerous enigmas surrounding the Black Knight. Today, we cannot know for sure whether we are looking at space debris (thermal Blanket) or something that originated from an otherworldly civilization. Believers and skeptics will continue an ongoing debate, where both sides make good points supporting their theories. The truth behind the Black Knight Satellite, however, remains a profound mystery.

Let us know what you think about the Black Knight Satellite, are you a believer or a skeptic?