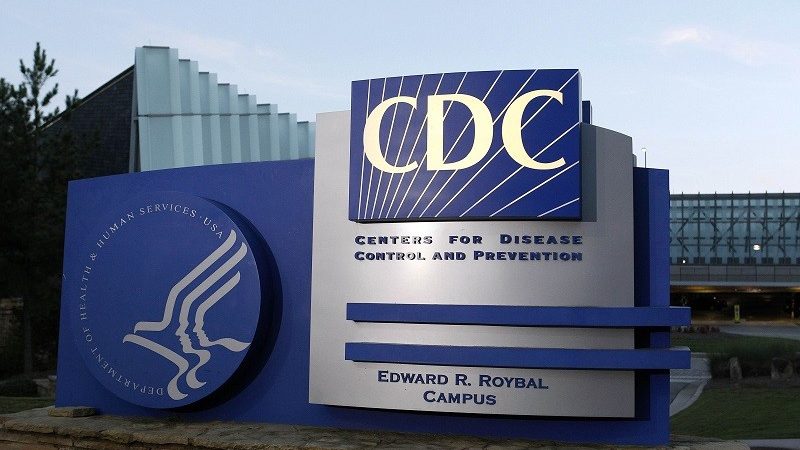 The proposed regulation could be used to detain people without due process, or examine them without informed consent.

On August 15th, with little fanfare, the Centers for Disease Control and Prevention (CDC) took steps to improve its ability to deal with infectious outbreaks. The agency proposed a new rule that would expand its powers to screen, test, and quarantine people traveling into or within the United States, in the event of a crisis like the historic Ebola outbreak of 2014.

On the face of it, this sounds like a good thing. The threat of infectious diseases is omnipresent and growing. Familiar threats like flu, Ebola, or measles continually rear their heads, often in new guises, while completely new dangers like MERS or SARS can take the world by surprise. When that happens, the CDC must act quickly and decisively—and its new powers will purportedly help it to do so.

But some epidemiologists, lawyers, and health organizations say that the rule, in its current form poses a serious threat to civil liberties, allowing authorities to detain and examine people with little heed to due process and informed consent.

“They’re giving themselves the benefit of the doubt,” says Jennifer Nuzzo, an epidemiologist at the UPMC Center for Health Security and a co-author of a recent paper criticizing the proposed rule. “I don’t worry about the CDC. I worry about people above them making them do things they don’t want to do because they’ve given themselves these broad powers. Those powers will make their jobs easier, until they don’t.”

The CDC tried this play in 2005, proposing a rule that would have expanded their quarantine powers and required airlines to maintain a traveler database. But after a wave of critical comments, including from the travel industry, they shelved the rule.

Its new incarnation is similar, but perhaps even broader in scope. It covers “public-health emergencies,” which are defined as any “communicable disease event” that the Director thinks could spread or “is highly likely to cause death or serious illness if not properly controlled.” (The Director can be changed by the President at any time without Senate confirmation.) During such events, the CDC could screen people at airports and other transport hubs, apprehend those they suspect of being ill for three days, and potentially quarantine or isolate them pending a medical review.

It is already authorized to detain people suspected of carrying diseases like plague, Ebola, and (somewhat improbably) smallpox. But the new rule does away with a formal list. It extends the same powers to any “quarantinable communicable disease,” and uses wider range of symptoms (from a list that federal agents can update as the need arises) for defining “ill” people.

There are good reasons behind these semantic expansions. The current system was enshrined in 1944 and needs an update in the face of the diseases that have arisen since. For example, the existing list of warning symptoms doesn’t cover many important signs of known diseases like Ebola and MERS. Meanwhile, new and unknown illnesses are emerging all the time. “The CDC trying to equip itself with sufficient flexibility to respond to diseases we’ve never heard of, in a way where it doesn’t have to revisit these rules every few years,” says James Hodge Jr, a professor of public-health law and ethics at Arizona State University. “I’m supportive of that.”

But Hodge, Nuzzo, and others feel that the CDC risks sacrificing personal liberty at the altar of flexibility and expediency. “The rule allows the CDC to move on somebody based on some belief that they might pose some amorphous risk to others,” says Hodge. “That’s not a standard that survives constitutional scrutiny.”

For a start, the rule is sparse when it comes to due process. It allows the CDC to detain travelers indefinitely before deciding whether to quarantine them, saying only that the agency “doesn’t expect” such apprehensions to last for more than 72 hours. It doesn’t make provisions for legal counsel if people can’t afford a lawyer themselves. And it puts any reviews of the agency’s decisions under the auspices of its own employees, rather than a neutral third party. Using the rule, “a future administration could hold travelers in government custody for days or weeks without providing an explanation or an opportunity for the individuals to challenge their detentions,” write Emma Roth and Kyle Edwards from Yale Law School.

The rule also gives the CDC ultimate authority to carry out medical tests and treatments, stating that “the individual’s consent shall not be considered as a prerequisite to the exercise of any authority.” That’s medically unethical, says Hodge, since informed consent has been a bedrock of medicine for decades. “If you don’t get it, you could have additional quarantine, but you don’t get to force informed consent on people.”

Perhaps the most striking thing about these criticisms is how easy it would be for the CDC to have its cake and eat it. “There are really basic due process steps that could be put in place that would not undermine the CDC’s powers, but that would put in checks and balances so that when the powers are exercised, it’s done in a way that respects civil liberties,” says Alexandra Phelan from Georgetown Law School.

The stickier problem is that there’s little evidence to support screening or quarantining travelers. Consider the Ebola outbreak. The CDC screened more than 38,000 travelers flying into the U.S., by interviewing them and checking their medical records. They then monitored over 10,000 people for 21 days. And they caught exactly zero cases of Ebola.

You might ask: So what? Why take the chance? Why not ensure that we’ll catch the rare exceptions in the future? Here’s the thing, and it bears emphasizing: What you think would work in an outbreak often does not work. In these situations, so-called “common sense” can completely backfire.

“With Ebola,” says Nuzzo, screening doesn’t work because “you’re not transmissible until you’re really sick, and then you’re not moving.” It’s telling that Thomas Duncan, a Liberian man who was diagnosed with Ebola while visiting family in Dallas, didn’t spread the virus to anyone in his family or his community. He only transmitted it to two nurses who were caring for him long after it was obvious that he had Ebola.

Quarantines could also have serious unintended consequences. “You create the expectation that you can keep cases out by monitoring them, and there’s no evidence that we can do this,” says Nuzzo. If the disease does enter the country, that would seriously damage the credibility of health workers—the CDC included. When doctor Craig Spencer fell sick with Ebola in New York, after having helped with the outbreak in Guinea, he was vilified. People went on a witch hunt to find all the places he’d been to or eaten at, even though there was no risk of him spreading the virus at any of those places. “If we start monitoring people, it enforces that message.”

The distrust and confusion will be exacerbated if people fear that they will be quarantined unfairly; cases will go underground, and diseases will spread. And if health workers share those fears, they’ll be unwilling to travel to outbreak zones to help. That happened in the last Ebola outbreak: thanks to the CDC’s quarantines, the number of American health workers traveling to West Africa fell by 25 percent. Many worried that they would lose their jobs if they were isolated for weeks upon their return.

Quarantine also creates severe stigma. In 2014, two public-health workers and a family of six Liberian immigrants were quarantined in Connecticut. “Though none had been exposed to Ebola or posed any threat to public health, the state confined these individuals to their homes for weeks,” write Roth and Edwards, who represented them. “The state failed to provide these individuals with food or other basic necessities and failed to inform some that they had the legal right to challenge their quarantine orders in court. To this day, Liberian Americans in Connecticut experience shame and stigma as a result of wrongly being labeled a threat to public health.”

By contrast, other states used far less restrictive measures, like daily phone calls with health workers. That proved to be just as effective. Rather than immediately shooting for quarantines, the CDC could amend their rule to use such options where possible.

How the CDC will react to these criticisms is unclear. They left the rule online for a two-month period of public comment that ended on October 14. “Important people in this field did not know about this until the comment period had closed,” Nuzzo says. “If I was the CDC, and wanted to put these regulations through and make them as good as possible, I wouldn’t publish an 88-page document and hope whoever needs to know sees it in 2 months.”

Still, the agency received 15,794 comments. The vast majority of these were crank-like and incoherent, says Hodge, who reviewed them all. Around 500 to 600 were meaningful, and came from health agencies like Doctors Without Borders, legal scholars, the airline industry, and more. The CDC has to respond to these and then issue a final rule, which must be approved by senior members of the Department of Health and Human Services, and potentially by the President.

In a statement, Kathy Harben, from the CDC’s Division of Public Affairs, said: “During this active rule-making period, we are unable to discuss the proposed rule or disclose how CDC will respond to the public comments. CDC will carefully review and consider each comment before publication of a final rule.”

But Hodge says, “We were given some inside information that they’re trying to push this through prior to the change in administration.” That’s not comforting, given President-Elect Donald Trump’s documented responses to outbreaks of the past. During the Ebola outbreak, as I noted in a recent article, he: promoted false information about the disease; repeatedly called for the U.S. to stop all flights from Ebola-infected countries; and said that American health workers who became infected should be stopped from re-entering the country and “must suffer the consequences.” These statements provide little reassurance that he will respect scientific evidence or civil liberties during a future crisis.

The CDC came out against travel bans at the time, but their new regulation—though well-intentioned—might pave the way for similarly Draconian measures. “Its regulations inadvertently create a space for decisions that are not evidence-based and might violate constitutional liberties and principles of health ethics,” says Phelan. “It’s a space where ideology can play out.”