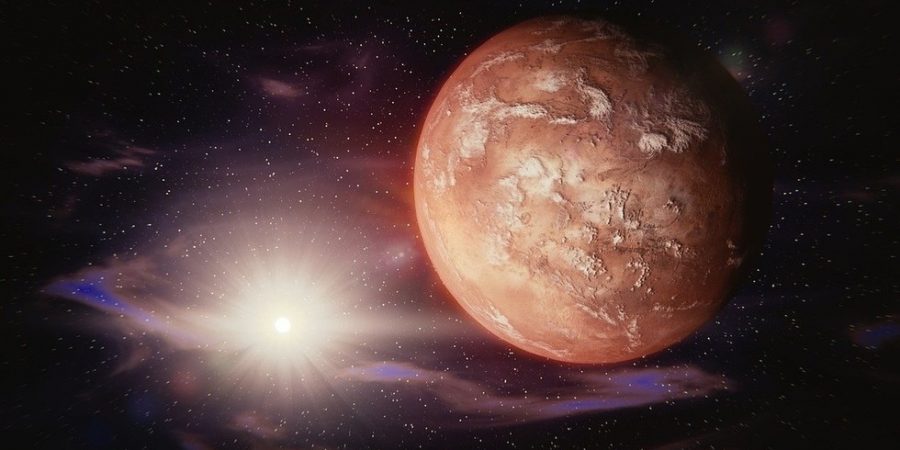 The Changing Oxygen Levels on Mars Has NASA Scientists Stumped

NASA scientists, already grappling with the inexplicable mystery of rising and falling methane levels on Mars, have noticed that some unknown phenomenon is creating and removing oxygen in the planet’s atmosphere.

NASA’s Curiosity Rover has been traversing the Gale Crater and up the foot of Mount Sharp for the past three Martian years (six Earth years), and has been sending back some truly baffling atmospheric readings.

In contrast to the Earth’s atmosphere, which is roughly 78.09 percent nitrogen and 20.95 oxygen, roughly 95 percent of the Red Planet’s thin atmosphere is CO2, with 2.6 percent Nitrogen, 1.9 percent Argon and 0.16 percent oxygen making up the remainder.

During the warmer spring and summer months, the oxygen levels recorded by Curiosity rose by some 30 percent, receding back to normal levels each Autumn, though by different amounts each year, indicating that some unknown phenomenon is adding and subtracting oxygen from the atmosphere.

At present, there is no known process that might explain these readings.

While it would be reasonable to question whether Curiosity’s instruments, such as the Quadrupole Mass Spectrometer instrument, were malfunctioning, so far all checks have come back fine.

Others might postulate that water in the atmosphere, or even CO2 breakdown, might create fluctuations but these processes are either too minute or too slow to explain what is happening on the Martian surface.

“The fact that the oxygen behaviour isn’t perfectly repeatable every season makes us think that it’s not an issue that has to do with atmospheric dynamics. It has to be some chemical source and sink that we can’t yet account for.”

At present, the only plausible theory relates to the planet’s methane levels, which also fluctuate, increasing by up to 60 percent during the summer months. However, we also do not fully understand the process that causes the methane fluctuations either, and correlation of rises in oxygen with increases in methane level does not necessarily indicate a causative relationship.

While both gases can be produced organically, they can also both be produced geologically, so it may not indicate life on Mars just yet. But maybe.

“We have not yet been able to come up with one process that produces the amount of oxygen we need,” said astronomer Tim McConnochie of the University of Maryland.

“But we think it has to be something in the surface soil that changes seasonally because there aren’t enough available oxygen atoms in the atmosphere to create the behaviour we see.”

However, NASA’s Mars 2020 rover, which will scour the surface for microscopic fossils, may yield some results next year that can put to bed the mystery of the shifting oxygen on Mars.