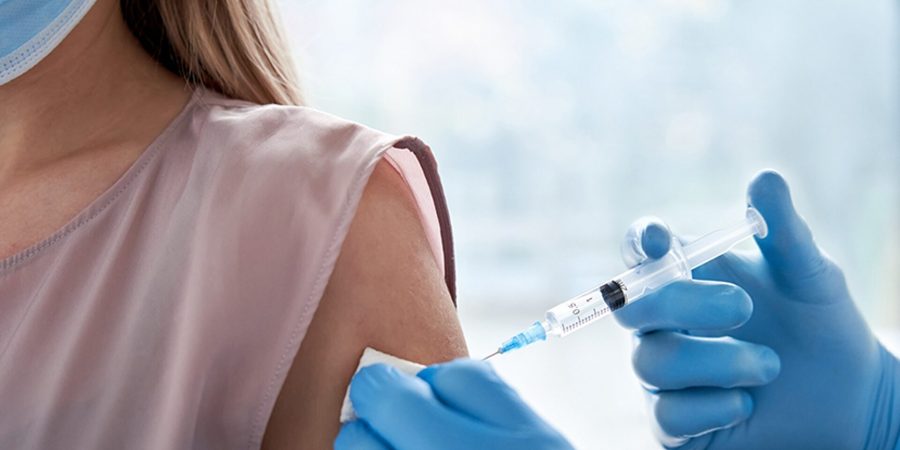 The Covid Vaccines May Affect Periods. Are We Allowed to Talk about this?

“The real number of cases in the UK is possibly quite a bit higher than 30,304. But it is awkward talking about what the jab has done to our periods. Friends tell me they’ve also been affected and nope, they didn’t report it either. Nobody wants to be thought of as hysterical. Emotional. A tad neurotic.”

By Lara Prendergast
via The Spectator
Headline Image: © iStock

It’s fashionable to talk about periods. Books on the subject, with glossy red and pink covers, are bestsellers. They have sassy titles like Period Power: A Manifesto for the Menstrual Movement and Period:Twelve Voices Tell the Bloody Truth. The Periodical is a podcast for ‘everyone who bleeds, and their friends’. And this being our ultra-capitalist world, you can obviously buy a T-shirt, notebook or phone cover with a period-related slogan slapped across it. ‘Anything you can do, I can do bleeding’ is one mantra.

I admit to having not engaged much with this world. My period has always seemed to me a private matter, of no interest to anybody else and only vague interest to myself. I feel a little uncomfortable bringing the subject to the pages of The Spectator. I do so because I was interested to read that British women have made 30,304 reports of changes to their periods after having received a Covid vaccine. I realised I am one of them.

I will spare the details but suffice to say that after I had my first jab of Pfizer in late May, my cycle was flung off course. I did consider reporting it to the MHRA’s Yellow Card scheme, through which people can voluntarily report any suspected side effect from the jabs, but confess I felt silly to worry. It wasn’t exactly a blood clot or a heart murmur. When I had my second dose, the man in the booth asked whether I had experienced any side effects. I mentioned the changes to my period. He logged it on my file, said it would be flagged to the MHRA scheme and a minute later a doctor rushed in to reassure me there was ‘no reason to be concerned that the Covid jab would affect my fertility’. I hadn’t asked if there was.

I wanted to ask how he could be so certain, given these vaccines are very new. But I was concerned that would make me sound loopy. Goody two-jabs that I am, I didn’t want a black mark next to my NHS number. So instead we moved the discussion on, landing on London’s best pasta restaurants. ‘Trullo is lovely,’ I said to the two men. ‘Do you know it?’ A minute later, I’d had my second jab and after the obligatory 15-minute please-don’t-faint wait, headed back across Westminster Bridge to the Spectator office.

Millions of British women have been jabbed, so 30,304 reports will be a tiny proportion: a negligible number, you might say. But it doesn’t seem negligible if you’re one of those women. I imagine many will keep a record of their cycle, perhaps in their diary or on an app, and will have noticed a change. In the US, one research survey tracking menstrual changes brought on by the Covid jabs received 140,000 responses. The two biological anthropologists conducting the research said they had expected to receive around 500 when they launched their survey.

The real number of cases in the UK is possibly quite a bit higher than 30,304. But it is awkward talking about what the jab has done to our periods. Friends tell me they’ve also been affected and nope, they didn’t report it either. Nobody wants to be thought of as hysterical. Emotional. A tad neurotic. So instead these conversations are going on discreetly, on WhatsApp chats, on internet threads, in hushed tones. Who wants to be accused of being a dreaded ‘anti-vaxxer’?

Friends have also been affected and they didn’t report it either. Nobody wants to be thought of as hysterical

Is it ‘anti-vaxx’ to be concerned that these jabs may be having an effect on our menstrual cycles? I message a doctor friend who specialises in women’s health to ask if it’s normal for vaccines to affect periods in such a way. Not really, she replies. I note that women aged 16 to 29 are one of the groups most likely to refuse the jab. I do not find this statistic hugely surprising.

It does not seem surprising, either, that pregnant women are nervous about having the vaccine, despite the Royal College of Midwives and the Prime Minister’s pregnant wife, Carrie Johnson, suggesting there is nothing to worry about. ‘Just had my second jab and feeling great!’ she wrote on her personal Instagram page.

If you vaccinate an entire population, even rare side effects will add up to thousands of people. Is it so wrong to talk about this? And if the jabs are affecting so many women’s periods, who knows what else might be going on. Medical trials on pregnant women were banned following the thalidomide scandal of the 1960s. I suppose we can only hope and trust that Carrie and the midwives are right to advise all pregnant women that the risks of Covid are noticeably greater than the risks of the vaccine.

In another survey run by the Royal College of Obstetricians and Gynaecologists in May, just under 60 per cent of pregnant women said they had declined the vaccine. They may not have been hugely reassured by the RCOG’s own literature on the subject. The official information sheet offers pregnant women two options: ‘Get a Covid-19 vaccine’ or ‘Wait for more information about the vaccine in pregnancy’. Pregnant women do not have oodles of time to wait and see how everything pans out. They could also be forgiven for thinking they are being somewhat strong-armed into taking the jab, given how keen the government is on pushing through vaccine documentation for the double-jabbed. But as the RCOG seems to admit, we could do with a bit more evidence on the vaccine and pregnancy.

Back to fertility. Dr Edward Morris, the RCOG president, has reassured women that there is ‘no biologically plausible mechanism by which current vaccines would cause any impact on women’s fertility’. While I am comforted by that, it is also the case that women associate their periods with their fertility. And there is reason to believe that the Covid jabs are having an effect on some women’s periods. A month after my second jab, I make a note that my latest cycle is messed up, once again.

Lara Prendergast is executive editor of The Spectator. She hosts two Spectator podcasts, The Edition and Table Talk, and edits The Spectator’s food and drink coverage.