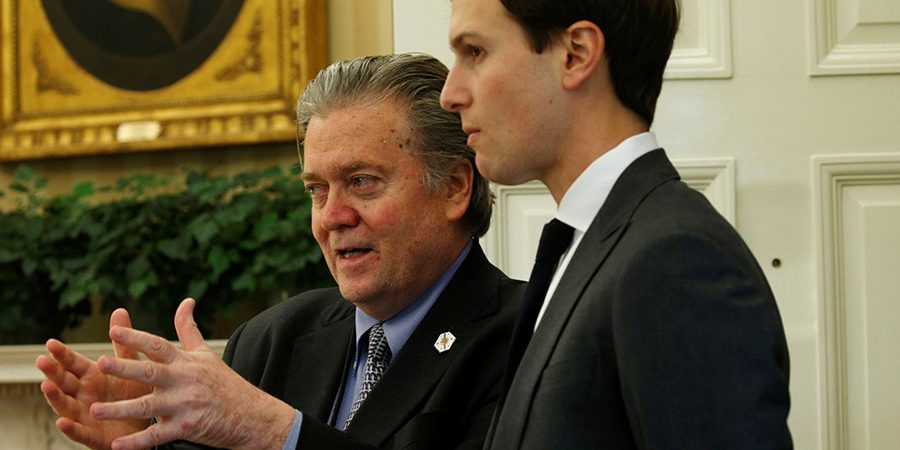 Whatever happened to ‘draining the swamp’? The countless lies of both Trump and his crew (including family) is unreal for such a short time in office, now all we have is just way more of the same, sad really…imagine the things we don’t know about!

The president’s son, Donald Trump Jr., set up the meeting. He was told by a British publicist ‒ an acquaintance of Trump’s ‒ that the lawyer had information that would “incriminate” Hillary Clinton and help his father in the presidential race, emails released by Donald Jr. show. In the messages, publicist Rob Goldstone wrote that the information is “part of Russia and its government’s support for Mr. Trump.”

Kushner and Trump’s then-campaign manager Paul Manafort were copied in on the emails, and both men also attended the meeting.

Veselnitskaya and Russian officials have insisted she was not working for the Russian government.

To get a top security clearance, Kushner submitted three versions of disclosure forms. In the first one, he left the part about his contacts with foreign nationals blank. He then amended the form to say that he had multiple contacts with foreign nationals and that he would disclose them soon. In the final version, Kushner listed what he said were all of his contacts, including the now-infamous meeting with the Russian lawyer.

Thursday’s amendment was proposed by Representative Debbie Wasserman Schultz (D-Florida), who last year was ousted as chair of the Democratic National Committee after DNC emails revealed that she took sides during the Democratic primaries, supporting Hillary Clinton against independent Vermont Senator Bernie Sanders.

“Revoking Jared Kushner’s security clearance would send a clear signal to anyone who would consider aiding and abetting a foreign enemy state to affect the outcome of a US presidential election that they will not be entrusted with our nation’s most sensitive information,” Wasserman Schultz said.

Republicans rejected the move, however, calling it a stunt.

No criminal conduct by Kushner has been established. However, federal investigators are looking into whether anyone in the Trump campaign assisted Russia in what US officials believe was Moscow’s interference in the US election. It has not been confirmed if Kushner himself is under investigation.

Meanwhile, another top White House aide, Steve Bannon, came under scrutiny this week for a matter unrelated to Russia.

Bannon, who is Trump’s chief strategist, failed to properly disclose over $2 million in mortgage debt on his required financial disclosure form, as spotted by the Center for Public Integrity.

Instead of disclosing the creditors for the four home loans he reported, Bannon simply wrote “HOME LOAN” on each line of the form, the transparency advocate points out.

After Bannon submitted the form in March, White House ethics lawyers Stefan Passantino and James Schultz certified that Bannon’s disclosures were complete, and passed the 12-page disclosure form on to the Office of Government Ethics (OGE).

Bannon now intends to amend the filing, according to the Center for Public Integrity.

Last week, OGE Director Walter Shaub resigned from his position, apparently unhappy with the work of the ethics officers in the Trump administration.

“I really always thought that the ethics rules were strong enough to protect the integrity of the government’s operations,” he told ABC. “My recent experiences have convinced me that they need strengthening, and frankly, they convinced me I’ve achieved all I can possibly achieve in this job.”

The week before he resigned, Shaub asked the White House to look into whether Passantino himself might have violated the administration’s conflict of interest rules.

Shaub had also previously complained about the administration’s delay in publicly disclosing the waivers that it gave to a number of appointees to get around ethics rules.