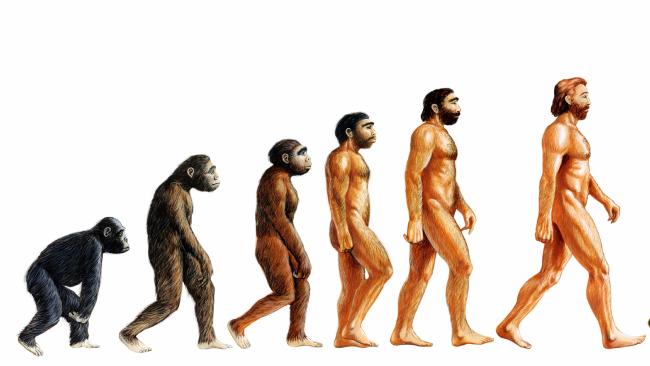 The Fossil that Changed Human History

THE discovery of a fossil more than 50 years ago has changed everything we thought about where our forefathers came from.

AN “OBSESSION” with the lower jaw of a long-dead human, unearthed in the 1960s at a prehistoric Moroccan campsite, led palaeoanthropologist Jean-Jacques Hublin to the discovery of a lifetime.

After decades of work to identify the jawbone’s owner, Mr Hublin was able to announce Wednesday that it belonged to the earliest known member of our species.

His efforts revealed that Homo sapiens is 100,000 years older than previously assumed — ageing our species by a whole third and dislodging East Africa as the cradle of humankind.

It was in 1961 that mining activity at the site called Jebel Irhoud, not far from Marrakesh, first brought an ancient human skull to the surface, followed by more fragments over subsequent years of excavation.

At the time, the notion that humans originated in Africa did not exist, so the remains were not in the running for Homo sapiens status.

Some hypothesised the remains belonged to a type of African Neanderthal — the species then considered to have been the forerunner of modern humans.
Others proposed it was a kind of Neanderthal-human hybrid, yet others an archaic group of far-flung human relatives.
“I was never convinced by these ideas,” said Mr Hublin.

As a young researcher, he recalled, a colleague confided him with the study of a mandible, or lower jaw, from the fossil trove.

The “mystery of Jebel Irhoud” became the subject of his first-ever scientific publication on human fossils, in 1981, and a career “obsession,” Mr Hublin told journalists ahead of Wednesday’s unveiling. 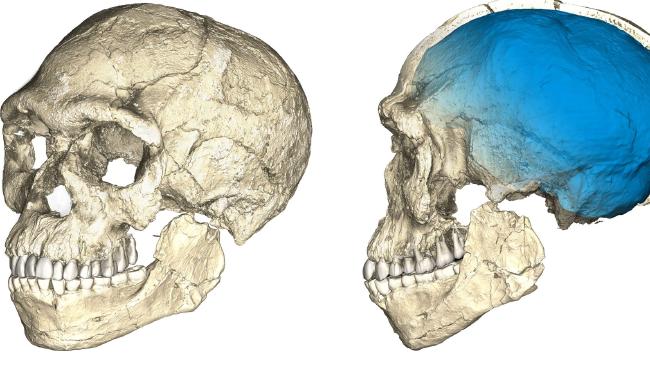 Two views of a composite reconstruction of the earliest known Homo sapiens fossils from Jebel Irhoud (Morocco) based on micro-computed tomographic scans of multiple original fossils. The groundbreaking fossil discovery in Morocco obliterates two decades of scientific consensus that our forefathers emerged in East Africa about 200,000 years ago, according to two studies published in the science journal Nature.Source:Supplied 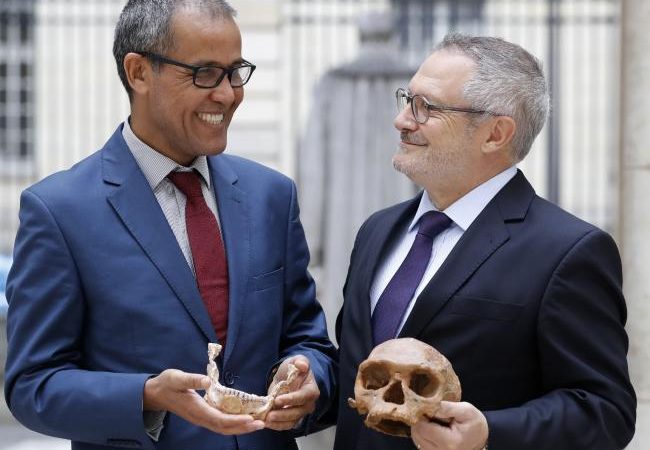 French palaeoanthropologist Jean-Jacques Hublin (R) and Abdelouahed Ben-Ncer of the National Institute of Archaeology and Heritage Sciences in Morocco pose with the casting of a skull of Homo Sapiens discovered in Morocco on June 6, 2017 in Paris. Picture: Patrick KovarikSource:AFP

GREAT REWARD
“The reason why we were so interested in the site … (is that) we had a mosaic of morphological features that did not make much sense,” he said.

The specimens displayed a combination of physical traits, particularly the face, that closely resembled those of modern, living human beings, and other “more primitive” aspects such as a flatter, elongated skull.

Mr Hublin said he visited the site several times in the 1980s and 1990s seeking to resume research, “but that was a difficult project to undertake mostly because the place became a sort of quarry.”

Finally, in 2004, Hublin and a team could start cleaning the site and preparing it for archaeological excavation.

Soon they started adding to the fossil fragment collection — now known to have belonged to five early Homo sapiens.

They also collected stone tool artefacts which had been burnt in the humans’ cooking pit.

These could be dated with a special technique called thermoluminescence, which measures exposure to radiation generated by heat.

“Very early in the process we realised that the site was much older than anything anyone could imagine,” said Mr Hublin.

“We were rewarded beyond our expectations!”

The findings were published overnight in two studies in the journal Nature.