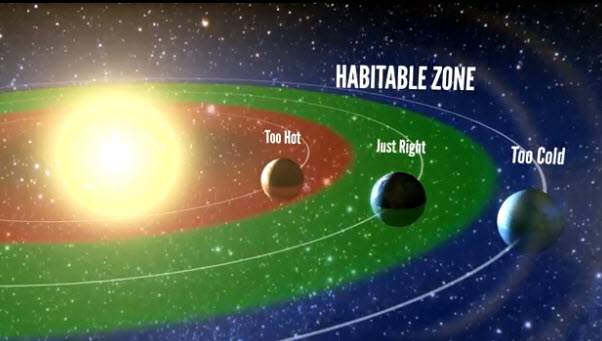 This article is the beginning of a series as there’s far too much to fit in just one article. A new article in the series will be posted every Thursday.

So named after the fairy tale wherein Goldilocks rejected items that were either too hot or too cold, etc. and instead picked the item that was “Just Right”. Our earth is located exactly in the “Just Right” place in the solar system, galaxy and universe to support life. The tiniest alteration in any one of trillions of parameters would mean death to all living things. Astrophysicists have found that no other set of similar parameters exist anywhere in any solar system or galaxy in the universe and the likelihood of such ever existing is virtually impossible.

As scientists learn more and more about the world around us and the universe, they are learning how incredibly synchronized, interconnected, and interdependent every little aspect is. In fact, some are saying that according to the laws of physics and chemistry, we shouldn’t even be here. And we wouldn’t be if God didn’t continue to protect us from Galactic Waves, Gamma Ray Bursts, Asteroids, Comets, etc.

Almost daily, lethal dangers target earth but are miraculously diverted. Earth is surrounded by desolate emptiness – alone in a vast universe of pure danger surrounded by nuclear radiation, solar radiation and the dark blackness of empty space at minus 355 degrees Fahrenheit within 5 degrees of Absolute Zero where all molecular motion stops at the lowest temperature possible. Most of the denizens of space are burning hot on the side toward the sun and freezing cold on the other side. Our very existence in this harshest of environments is a miracle.

Surely, he postulated, we were not the only life. Our planet was just a “pale blue dot”, tiny, and insignificant. Humans were insignificant in any scheme of things – or so it was ignorantly and erroneously presumed. 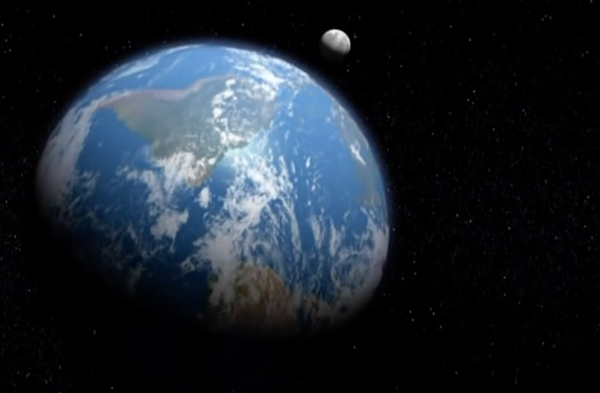 Our home, the Earth, the “pale blue dot” seen here with our moon in the vast emptiness of space

The existence of space and time mandate that they had to be created during the first millionth of a second of the “Big Bang”. But since that time, scientists have kept discovering more and more parameters that are requirements for life to come into existence. The number of parameters required went up to 10, then 20, then 50. One Christian apologist, Dr. Hugh Ross, an astrophysicist, has compiled 200 parameters.

Most of these findings occurred over 10 years ago.

Then it kept right on going! In other words, the probability that any planet at all, even ours, could ever exist and support life became more and more impossible. We shouldn’t even be here! 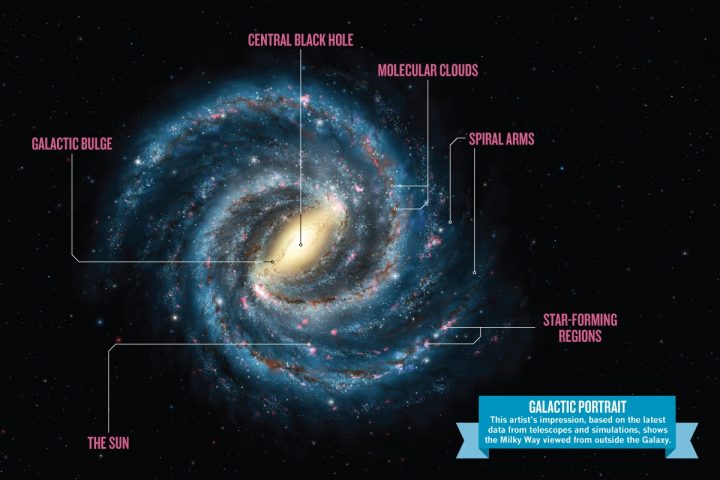 GALACTIC PORTRAIT: This artist’s impression, based on the latest data from telescopes and simulations shows The Milky Way viewed from outside the galaxy.

Next, some more parameters about the necessary star were discovered for life to be supported. It would have to be situated in the right location in the galaxy. It has to be located in a narrow region between the spiral arms of the spiral galaxy. If it is too close to the center, it will be destroyed because it will travel too fast and run into one of the spiral arms. If it is too far away, it will travel too slow and be destroyed as well. It can’t be in one of the spiral arms either.
There is a nice name given to all these amazing coincidences: the “Goldilocks” parameters, as in “not too hot, and not too cold, but JUST RIGHT.”

The star has to be a single star. Note: Ours is not, but its binary twin has a 3600 year orbit which has caused some calamity but not total destruction.

75% of the stars in our galaxy are double stars or multiples. Note: Their companion’s parameters would spell death because they’re too close to each other.

The planet that can support life must be in a very narrow zone around the star. It can’t be too close or it will get sucked in or burned up. It can’t be too far away or it will be too cold. It also has to be tipped on its axis approximately 23 degrees to allow for seasons and the right climate for life to grow in a large habitable zone.

Since life first began on earth, the sun’s luminosity has increased about 15%. Normally this would destroy all living things, but because life was growing and absorbing CO2 and other greenhouse gases, it was perfectly synchronized. Life was able to flourish. A very life supporting temperature has been maintained as life developed and exactly because that life was developing. It never got too cold or too hot. Going too far in either direction would have started a chain reaction leading to destruction of life.

Obviously we need lots of water for life. If the earth moved just 2% closer or farther from the sun, there would be no more water.

The gravitational pull of the earth is exactly right for keeping water vapor trapped, but also amazingly and precisely right for letting methane and ammonia escape from the earth. These gases would be deadly. A few percentage points change in that and we all die.

The earth rotates on its axis every 24 hours. This is perfect. Any slower and we would be frozen or toasted, depending on which side you were on. Any faster and the winds would blow us away.

The earth is tilted on its axis 23.4 degrees. This is again perfect. More tilt and the climate would go crazy. Less tilt and the amount of livable space would be very small.

I wrote a whole proof for God on the unique qualities of our Moon. [2] It has many, many significant parameters that are just right. For example, if it was not an abnormally large size for a moon or the exact distance which it is, we’d all be dead.

Check out these two links for long lists of the necessary parameters along with detailed explanations.

Does Life Exist On Any Other Planet In The Universe? Another Look At SETI

[skip to 53:00 to see what happened in the first few microseconds after the “Big Bang,”]

Fine-Tuning For Life On Earth (Updated June 2004) our galaxy must be spiral [only 6% of all galaxies are spirals] and earth’s galaxy must be medium large with earth two thirds of the distance away from the black hole in the center.

Star formation shut down too long ago for most galaxies for them to be candidates.

The moon is 100.000.000 years younger than earth and is critical for life on earth [more on this in our next article]

Did you know that you owe your life to the planet Jupiter? It is estimated that Earth would be struck by large meteors 1,000 times more often if not for Jupiter, obviously resulting in huge catastrophes and death. Jupiter is just the right size and in the right position to protect the Earth. If it were bigger, it would suck us away from the sun. If it were smaller, it would not shield us as well. Jupiter and Saturn have very nice smooth orbits which is to our benefit. If their orbits were a little more erratic, they’d pull us out of our orbit and you guessed it, we’d die. 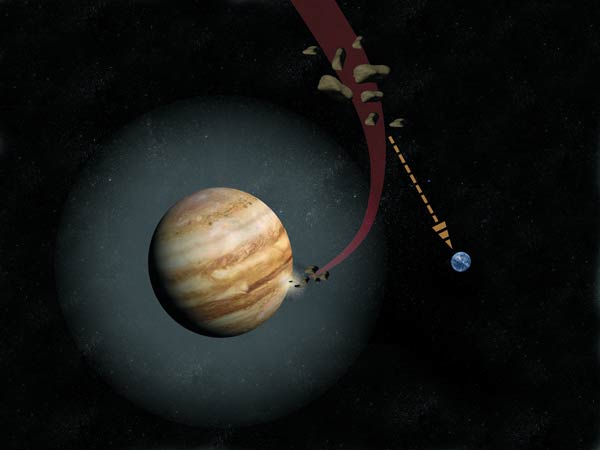 As a result of it’s extremely strong gravity, Jupiter acts as a protector of Earth from potentially dangerous comets and asteroids

All the gases in our atmosphere, oxygen, nitrogen, carbon dioxide, etc. seem to be in exactly the right proportions to sustain life. A little more oxygen and we could never put out all the fires.

Could we really be that lucky? Here’s my conclusion.

There must be God.

The fine-tuning necessary for life to exist on a planet is nothing compared with the fine-tuning required for existence of the universe.

Astrophysicists have now discovered that the very existence of the universe depends upon the exact values of the four fundamental forces – gravity, the electromagnetic force and the strong and weak nuclear forces were determined less than one millionth of a second after the big bang. Alter any one value and the universe could not exist.

Multiply that single parameter by all the other necessary conditions, and the odds against the universe existing at all are so heart-stoppingly astronomical that the notion that it all “just happened” defies common sense!