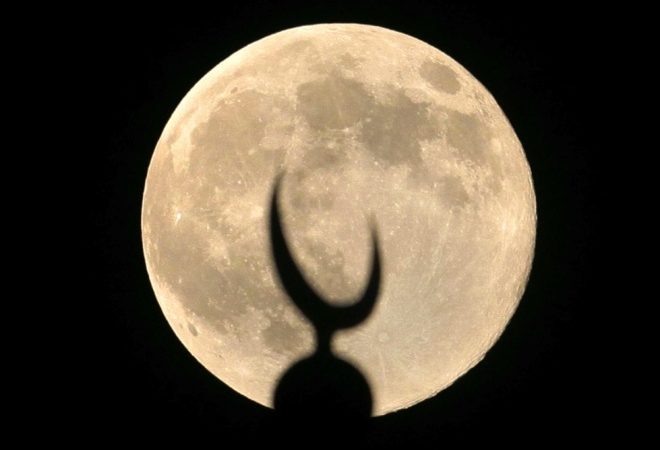 The world seems to believe that Islam is a normal religion but, on the other hand, what is termed radical Islam poses a threat.

However, as we look into the Koran, we see that radical Islam is doing exactly what’s instructed within its pages. Most Muslims don’t read the Koran very carefully, and/or ignore the radical verses, or don’t care to abide by them when they are in a location where they’re outnumbered. But after they gain entrance into a country, they coerce the citizens to allow them to practice the less offensive part of their religion, knowing, in the long run, radical clerics will force them to obey all of it – and take over!

The end result is that all Muslims will be forced to obey the entire Koran, including the radical verses. It’s not that there are 2 types of Muslims – normal and radical – who have differing sets of instructions in different holy books, but only one book – the Koran – and all Muslims eventually obey it and force it upon everyone else.

The Internet says it this way, “While professing unwavering faith in a transcendent deity, radical Islam is a militant, politically activist ideology whose ultimate goal is to create a worldwide community, or caliphate, of Muslim believers.”

That statement makes a big difference in radical Muslims and others and this is in direct contradiction to what the Koran actually says and is a dreamed up, purely fictional view – a deception. The only difference is whether they outwardly obey the Koran sooner or later as it’s antagonistic to every other culture on earth.

The plain truth is that radical Islam is based upon the same Koran in which all Muslims believe. The goal of all Muslims, as commanded in the Koran, is to take control of the whole earth – forcing their Muslim religion upon as many as possible and killing the rest. It’s far from a friendly, tolerant religion.

Presentation of their religion is very mild at first, when they’re the minority, then it gets nasty as they multiply. The real truth comes out and they take over by force with bloodshed. History proves it, as they have a long, ugly track record since their inception. They have never tolerated another religion or culture unless they were the minority.

Not one verse in the Koran allows Muslims to be friendly to anyone who isn’t a Muslim! Rather, they are all to become a Muslim or be enslaved, maimed or killed. Of course, when the Muslims are the minority, they can’t enforce it until they get more control.

*this was written as somewhat of a follow up to my previous article: Reaction to Trump’s New Immigration Policy is Absolute Madness