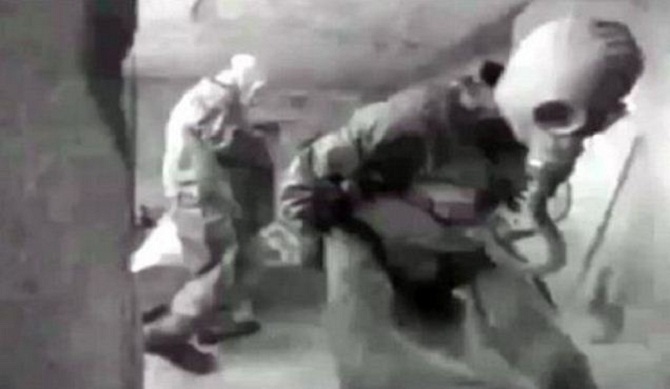 The KGB Launched A Top-Secret Program To Obtain Alien Technology. What They Found Will Leave You Speechless!

The Russian KGB allegedly found the mummy of an ancient alien astronaut in the 1960s. The story of Project ISIS, a secret Russian expedition to Egypt in 1961 to uncover the “Tomb of the Visitor,” was first told in a documentary titled The Secret KGB Abduction Files by the U.S. network Sci-Fi in 1998.

The black and white footage that shows Soviet personnel recovering the mummy of the alleged alien astronaut from a sarcophagus inside a tomb in the Giza area was reportedly obtained through a Russian intermediary, who claimed it came from the secret archives of the KGB.

Although it is not possible to confirm from the footage that the body found inside the tomb was the mummy of an extraterrestrial being, Sci-Fi claimed that forensic experts examined the video and confirmed its authenticity.

Secret files from the KGB archives, which Sci-Fi claimed it purchased from unidentified Russian “mafia” sources, and the testimony of high ranking KGB officials, confirmed that the sarcophagus contained the remains of an alien creature.

An obvious response to skeptics who dismiss the suggestion that the Russians found a mummified alien in one of the tombs in the Giza region is why the Russians kept their discoveries in the tomb secret if, as skeptics claim, all they found was another ancient Egyptian noble or King.

According to Sci-Fi, the footage had never been shown in public before its agents obtained it from Russian contacts.

The video shows the Russian expeditionists entering the tomb without protective gear and gas masks, and when the sarcophagus is opened, a cloud of presumably toxic fumes rise. The soldiers then retreated and returned, dressed in protective suits and gas masks over their faces.

The Russians reportedly launched Project ISIS in 1961, during the early years of the Cold War arms race, when both sides were seeking military technological advantage over the other. The Russians might have become worried following reports that the Americans had gained access to advanced alien technology and that they were immersed at Area 51 in a project to reverse engineer the propulsion system of the alien UFO spacecraft that reportedly crashed in Roswell.

Viktor Ivanovich, a Russian scientist, who allegedly had access to secret documents in KGB archives, found documents showing that the Russians, spurred by fears that they were lagging behind in the arms race, launched Project ISIS to secure access to rumored alien science documents and technology artifacts stored in a secret Giza tomb that could be used for military purposes.

“There is no doubt that a small group of Russian scientists with military experts have discovered a tomb in Egypt in 1961. But in the documents it has never been revealed exactly what was found inside the sarcophagus. Only through the sources of the highest ranks of the KGB know that we have found the remains of an alien creature died in Egypt 10,000 years before Christ.”

The rumors about advanced alien scientific knowledge and technology artifacts hidden in the Giza pyramids reportedly originated with the accidental discovery of a tomb by two Bedouins. The Bedouins fell ill and were hospitalized after they broke into the tomb. Bed-ridden and hysterical, they told a bizarre story about the “Tomb of the Visitor God” in Giza.

The Egyptians secured the technical assistance of their Russian allies to investigate the strange claims, and out of fear that the CIA had learned about the tomb and could reach it before them, the Russians quickly organized an expedition as part of Project ISIS to locate the “Tomb of the Visitor” and secure its contents.

The Project ISIS mission team included Egyptologists of the Soviet Academy of Sciences, scientists, and military experts. The team was supported by Sami Sharaf, a close aide of President Gamel Abdel Nasser of Egypt.

The collaboration between Egypt and Russia is understood when we consider the geopolitical situation at the time. It came after the Suez Crisis of 1956 in which Israel, with the support of France and Britain, invaded Egyptian territory after President Nasser nationalized the Suez Canal in July, 1956.

The Soviets supported Egypt against Israel, France, and Britain and the jointly organized Project ISIS was ostensibly the outcome of shared security and defense interests.

The expedition found the tomb and reportedly recovered artifacts. A report to a senior officer of the KGB said that 15 boxes of artifacts, a mummified body in a sarcophagus, and hieroglyphic inscriptions were found in the tomb. Experts who decoded the inscriptions said they included a prophecy about the return of a “winged” deity. 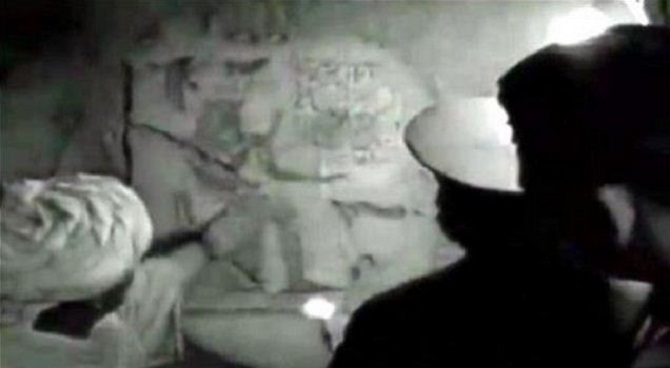 “During the inspection of the walls we have noticed a strange repulsive force coming out of the walls. We could not find any scientific explanation.” 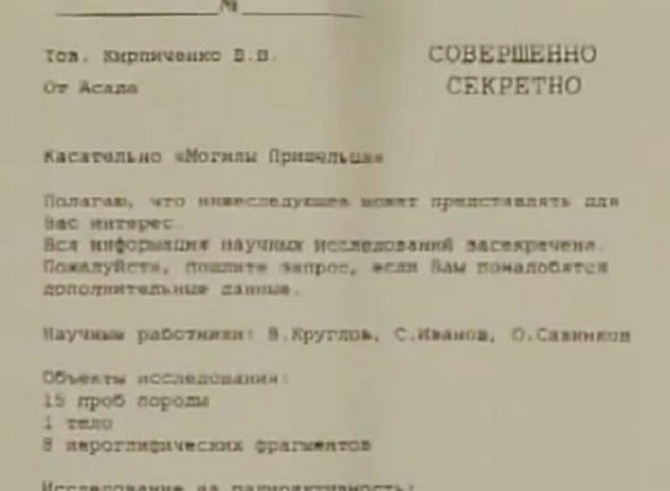 The mummified body was found to be about 2 meters high, much taller than the average ancient Egyptian. Carbon-14 tests indicated that the body was about 12,000-13,000 years old, predating the Egyptian dynastic period.

The dating raised intriguing questions about the identity of mummified body.