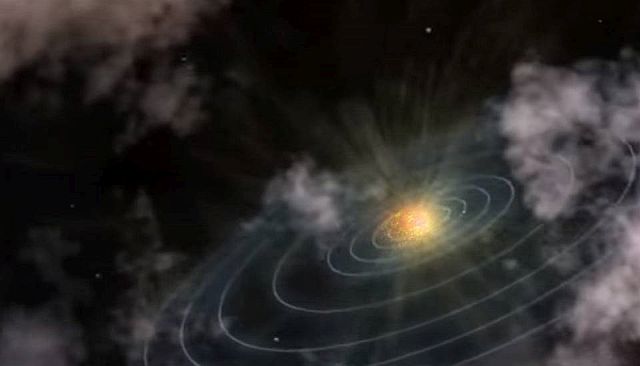 Analysts who have researched the affects of a powerful earth-directed Solar Flare believe that a direct hit by an extreme CME could cause widespread power blackouts, disabling everything that plugs into a wall socket. Most people wouldn’t even be able to flush their toilet because urban water supplies largely rely on electric pumps.

It has happened before and soon or later it will happen again. In 2016 Major Ed Dames has warned us already for the impending “kill-shot” which will pose a direct threat to all forms of high-technology.

It begins with an explosion–a “solar flare”—in the magnetic canopy of a sunspot.

X-rays and extreme UV radiation reach Earth at light speed, ionizing the upper layers of our atmosphere; side-effects of this “solar EMP” include radio blackouts and GPS navigation errors.

Minutes to hours later, the energetic particles arrive. Moving only slightly slower than light itself, electrons and protons accelerated by the blast can electrify satellites and damage their electronics.

Then come the CMEs, billion-ton clouds of magnetized plasma that take a day or more to cross the Sun-Earth divide. 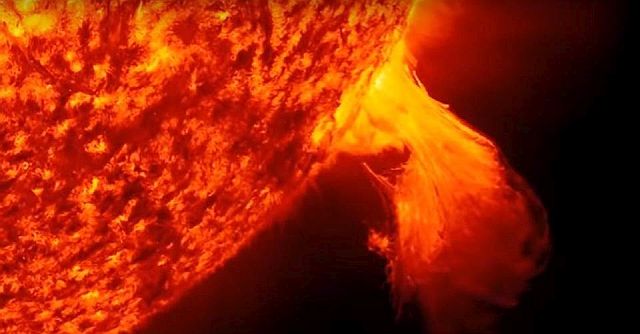 Remember the solar storm of 1859, the March 1989 geomagnetic storm and the Solar Superstorm of July 2012 that just missed the Earth!

The Solar storm of 1859—known as the Carrington Event was a powerful geomagnetic solar storm during solar cycle 10 (1855–1867). A solar coronal mass ejection hit Earth’s magnetosphere and induced one of the largest geomagnetic storms on record, September 1–2, 1859. The associated “white light flare” in the solar photosphere was observed and recorded by English astronomers Richard C. Carrington (1826–1875) and Richard Hodgson (1804–1872).

Studies have shown that a solar storm of this magnitude occurring today would likely cause more widespread problems for a modern and technology-dependent society.

The solar storm of 2012 was of similar magnitude, but it passed Earth’s orbit without striking the planet. March 1989 geomagnetic storm.

It occurred during solar cycle 22 and caused a nine-hour outage of Hydro-Québec’s electricity transmission system.

The geomagnetic storm causing this event was itself the result of a coronal mass ejection on March 9, 1989. A few days before, on March 6, a very large X15-class solar flare also occurred.

Three and a half days later, at 2 44 am EST on March 13, a severe geomagnetic storm struck Earth. The storm began on Earth with extremely intense auroras at the poles. The aurora could be seen as far south as Texas and Florida.

The Halloween solar storms were a series of solar flares and coronal mass ejections that occurred from mid-October to early November 2003, peaking around October 28–29. … One of the solar storms was compared by some scientists in its intensity to the Carrington Event of 1859.

The Solar Superstorm of July 2012.

Carrington-class CME Narrowly Misses Earth. The solar storm of 2012 was an unusually large and strong coronal mass ejection (CME) event that occurred on July 23 that year. It missed the Earth with a margin of approximately nine days, as the Sun rotates around its own axis with a period of about 25 days.

The region that produced the outburst was thus not pointed directly towards the Earth at that time. The strength of the eruption was comparable to the 1859 Carrington event that caused damage to electric equipment worldwide, which at that time consisted mostly of telegraph stations.

And if it is not a Solar Flare than it is quite possible that the danger of a “kill-shot” will come of an electromagnetic pulse (EMP) generated by the detonation of a high-altitude nuclear weapon.

This is not mere theory!

In 1962 the United States detonated a 1.4-megaton nuclear warhead over the South Pacific, 900 miles southwest of Hawaii. Designated “Starfish Prime,” the blast destroyed hundreds of street lights in Honolulu, caused electrical surges on airplanes in the area, and damaged at least six satellites..

A North Korean EMP attack on the U.S or other countries may be far-fetched? 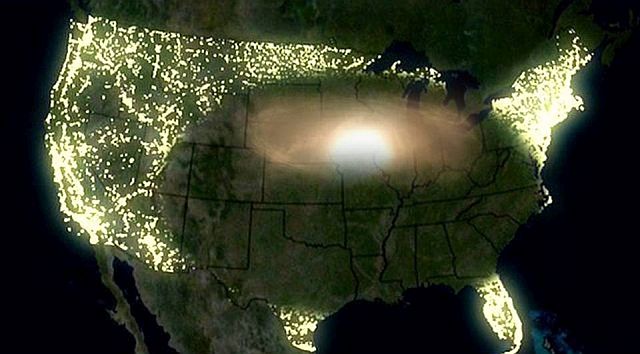 No! North Korea could make an EMP attack against the United States by launching a short-range missile off a freighter or submarine or by lofting a warhead to 30 kilometers burst height by balloon,” wrote Mr. Graham earlier this month on the security blog 38 North. Learn more: Zerohedge.com

Even a balloon-lofted warhead detonated at 30 kilometers altitude could blackout the Eastern Grid that supports most of the population and generates 75 percent of US electricity. Moreover, an EMP attack could be made by a North Korean satellite. Two North Korean satellites currently orbit the earth on trajectories that take them over the U.S.

Was it a dry run for an EMP attack?

Yeongseo Substation, located in Gwangmyeong, near Seoul, suffered a partial breakdown around 12:53 p.m. causing a disruption in the electrical power supply, according to the Korea Electric Power Corp. (KEPCO) and the city government.

An investigation team is still under way to determine the exact cause of black out.